Familiar with the struggle of trying to find a space for your luggage every time you board an airplane? The lockers are too small. Spaces are already taken. Last-minute baggage check-in at the gate.  United Airlines knows that problem too well. That’s why it’s making better luggage storage for its passengers.

Enough space for all

Posting under the hashtag #UnitedFlightPlan on Twitter are a number of ways in which United Airlines is planning to improve its customer experience. In a tweet, the airline said on Friday:

By 2023, +80% of our aircraft will have enough bag storage for every customer’s carryon bag. 🎉

Currently, the airline, like many others, is lacking the capacity to allow all of its passengers to keep their luggage with them onboard. Instead, it means that certain passengers need to check in their carry-on baggage at the gate to compensate. Other passengers who are ‘lucky enough’ will find themselves jostling against fellow passengers for coveted overhead locker space.

United Airlines is hoping to change than and ensure that all passengers can fit their luggage on board in new overhead lockers. But more than that, it’s hoping that the move will also allow for more timely departures.

Low-cost carrier Ryanair is already operating this similar model. On Ryanair, only passengers with Priority Boarding are allowed cabin baggage in overhead lockers but there is a limited amount of Priority Boarding slots available on each flight. Therefore, in theory, there will only ever be enough luggage on board as the overhead storage has capacity for.

According to CBNC, United Airlines plans to add storage bins which can accommodate six carryon suitcases. The Chief Customer Officer at United Airlines, Mr Toby Enqvist, showed a photo that displayed six suitcases stacked neatly in an overhead locker. He has called the masterpiece his “Mona Lisa”. It is these new bins that United will be expecting to carry luggage on 80% of its fleet. It will be retrofitting the aircraft.

But why is overhead storage such an issue these days? It’s to do with the way passengers travel.

Airlines charge for checked-in baggage; it’s one of the ways that they make their money. But with the advent of flying becoming cheaper, passengers are keen to get as much as they can for their buck. More passengers are deciding to save their money and travel with only cabin baggage – a lesson learned from low-cost carriers.

Unable to change customer behavior with tighter restrictions and inconvenience, airlines are turning to solve the issue with more storage. United Airlines isn’t the first to be implementing better strategies for carryon luggage. A few other airlines from the United States have also done the same.

Earlier this year, American Airlines was forced to ground 14 of its planes over issues with the closing of its overhead storage. As it stands right now, American has taken delivery of 60 Airbus aircraft with improved storage. These aircraft offer 40% more overhead locker storage. In addition, it has also retrofitted larger overhead storage bins to over 70 of its Boeing 737-800 aircraft.

What do you think: do aircraft need larger overhead lockers? Let us know in the comments. 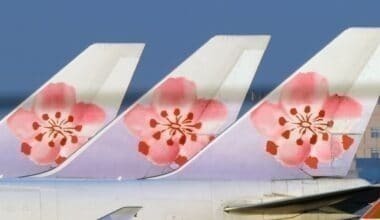 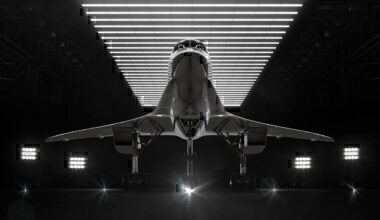 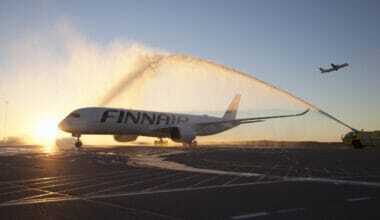