The Tokyo Olympics are coming up, but there will not be a traditional boost in services and demand from Americans. The once-every-four-years event is facing a new kind of ceremony due to the ongoing pandemic. This ceremony limits airlines, which spent much of 2019 preparing to handle the Olympics, from capitalizing on their improved position.

No foreigners at the Olympics

The main reason that airlines are not getting an Olympics boost is that foreigners are not allowed at the Olympics. The event traditionally draws crowds from around the world, and airlines work to cater to the expanded tourism with added flights and increased capacity.

However, in light of the ongoing crisis, in March, the Olympic organizing committee tempered expectations for foreign citizens to attend the Olympics. Japan has put in place strict entry restrictions that limit passengers from much of the world to visit the country – including those who are vaccinated.

Airlines spent 2019 preparing for the Olympics

In 2019, additional slots at Tokyo Haneda Airport (HND) opened up for US airlines. Haneda is one of two major airports serving the Tokyo region. The other major airport is Narita International Airport (NRT). Comparing the two, Narita serves as an excellent transfer hub. However, Haneda is much closer to Tokyo proper, making it a more desirable airport for arrivals and departures.

After 12 slots opened up at Henda in time for airlines to service Tokyo in time for the Olympics, US airlines started jockeying for service. Pre-allocation of the 12 new slots, airlines received the following slots to Haneda:

However, in 2019, Japan opened up more daytime slot pairs for US carriers to apply for. Airlines filed their requests, seeking to maximize their opportunities to fly to Haneda from the United States. Airlines received authority to run the following services to Haneda:

An immediate Olympics focus, though also a strategy for the long-run

Airlines obviously wanted to get the services, as did Japan, in time to run flights ahead of the busy Olympic travel season in summer 2020. The Olympics help bring expanded tourism and boosts the local economy. Adding more capacity to Tokyo Haneda makes it easier for more passengers to visit Tokyo for the Olympics.

Airlines generally wanted more opportunities to fly to Haneda. For passengers originating and terminating in Tokyo, Haneda is a key airport. The convenience of Haneda over Narita is difficult to overstate.

While airlines will not benefit from the Olympics for a tourism boost to Japan, the Haneda slots will stick around, so airlines can benefit from those allocations for years. Nevertheless, the Olympics’ bright spot for tourism has burnt out for 2021.

As more of Europe continues to open up, Japan has shown little interest in opening up at this time for foreign tourists. While airlines spent much of 2019 preparing for this, it is just another setback in the overall public health crisis.

Did you have plans to visit Tokyo for the Olympics before the pandemic hit? Let us know in the comments! 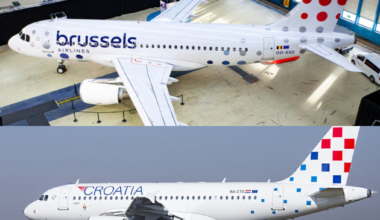 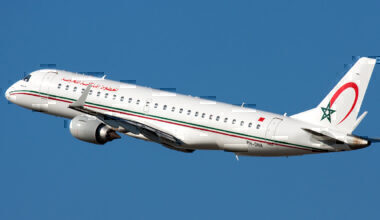