What Role Will Regional Jets Play In The Future Of US Aviation?

The world of commercial aviation in the US is a complex and diverse business. Its size and population mean that widebody aircraft can often be seen on transcontinental routes between key hubs. At the other end of the scale, regional jets play a vital role by serving the extensive feeder networks that connect smaller cities with these hub airports. But what sort of role will these smaller aircraft play in the years and decades to come?

What exactly is a regional jet?

Let’s start by first establishing what aircraft fall under the category of regional jets. In truth, while the term ‘regional jet’ is widely recognized and understood by both passengers and airline or airport employees, it is not a category defined by a regulatory body. As such, the term, and the aircraft that it encompasses, is open to interpretation by different groups.

For example, Clean Sky defines regional aircraft as having “a seating capacity ranging from 20 to 130 seats.” Meanwhile, Embry-Riddle Aeronautical University puts the upper limit at the 100-seat mark. US manufacturing juggernaut Boeing has an even stricter definition, categorizing regional jets as having just 90 seats or fewer.

In January this year, Simple Flying took a comprehensive look at the world of both turboprop and jet-powered regional aircraft. As far as regional jets were concerned, we defined the key players as being the Bombardier CRJ and Embraer ERJ and E-Jet/E2 families.

Of course, this sector also features the likes of the COMAC ARJ21 and Sukhoi Superjet 100. However, these designs are yet to make an impact on the lucrative US market. Looking to the future, Mitsubishi, which also acquired the CRJ program last year, is looking to make waves with its proposed ‘SpaceJet.’ However, its development has been paused.

The role of feeder brands in the US

Although regional jets play a key role in the operations of the US’s largest airlines, these carriers keep such flights separate from their mainline networks. They do so by flying these aircraft under feeder brands, which give smaller airports access to the carrier’s mainline network at its hubs and focus cities. In the US, this is a big business.

For simplicity’s sake, we shall focus on the US ‘big three’ airlines (American, Delta, and United) to gauge the present popularity of regional jets in the country. Each of these has its own regional brand, encompassing several small airlines operating on their behalf.

According to Planespotters.net, these carriers operate the following quantities of regional jets.

Overall, these three regional brands operate a total of more than 1,500 regional jets between them. Additionally, they have previously flown turboprops and other smaller regional jets, such as the Bombardier CRJ-100 and Dornier 328.

Overall, we can see that they are presently a vital cog in the wider mechanism that is the US domestic network. Indeed, nearly half of American Eagle passengers use their flights to connect with other services on American’s mainline network. But will this continue to be the case in the future, or might fundamental changes be in the pipeline?

Reduced viability for the smallest planes

The ongoing coronavirus pandemic has fundamentally changed the airline industry as we know it on several levels. Many of its most notable casualties have been larger aircraft, whose surplus capacity and lower efficiency levels have rendered them obsolete. For example, Air France used the crisis as an opportunity to prematurely retire its remaining Airbus A380s.

However, cuts have also recently been made at the other end of the size scale. Indeed, American Eagle is set to remove its 50-seat all-economy jets from its New York JFK schedules this summer. This encompasses its Embraer ERJ-145s, as well as the smaller ERJ-135.

In the slightly longer term, United Express is also looking to implement a similar reduction at the nearby Newark Liberty International by 2022. It stated that rationalizing the use of its one-class 50 seaters would allow it to “deliver a more reliable and cost-efficient product.” It will replace these with the CRJ550, which is a low-density, two-class version of the CRJ700.

A ‘dying business’ in certain regions

Of course, doubts regarding the operational viability of smaller aircraft are not unique to the US. Last month, Austrian Airlines CEO Alexis von Hoensbroech asserted that “[flying] regional aircraft is a business that is dying out, at least within Europe.” While Austrian has retained its Embraers, it has recently disposed of its Dash 8 turboprops. He added that:

“We think that this is a trend that you can’t work against, because the ticket prices came down so much that the unit costs of the small aircraft are just too big.”

While von Hoensbroech’s sentiments may resonate in the European market, the US is a rather different case. As demonstrated by the number of regional jets among the ‘big three’ regional brands, they play a vital role in keeping the US connected. They are ideal for lower demand routes to areas that nonetheless deserve and require a well-integrated air service.

Regarding American and United’s planned withdrawal of their smaller regional jets, one change that may become more prevalent is an increased average capacity on such flights. For example, the exciting new Embraer E175-E2 will have around 15 more seats than its predecessor. In its first years of operations, the E2 family has been more efficient than expected.

The Brazilian manufacturer is confident that the market for its aircraft will not just remain, but, in fact, become more robust in years to come. Overall, it has forecasted demand for around 5,500 sub-150-seat aircraft in the next 10 years, worth $350 billion.

Once Mitsubishi resumes the development and production of its SpaceJet family, this too will be a welcome addition to the regional jet scene. The M90 version, in particular, will boast similar specifications to the E175-E2, and represent an interesting competitor overall.

Overall, the regional jet scene in the US has a lot to look forward to once the industry as a whole has weathered the storm of the coronavirus pandemic. While we will see fleet consolidation in terms of the removal of smaller aircraft, regional jets as a whole are likely to continue to offer a great deal to US aviation in the future. In connecting regional communities with larger hubs, they are, in a way, a backbone for the country.

What do you think the future will hold for regional jets in American aviation? What are your experiences of flying on these aircraft in the US? Let us know your thoughts and memories in the comments. 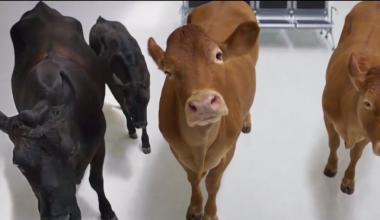 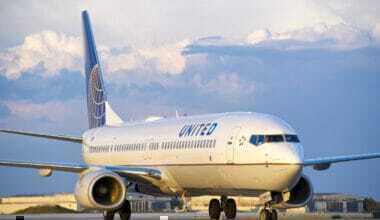 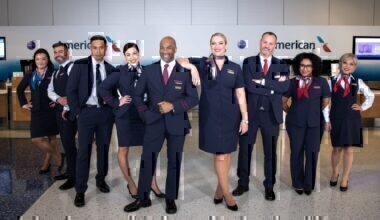