The United States is officially making plans to lift the ban on travel to the States from November. Visitors from previously banned countries will be required to be double vaccinated to enter, with those who remain unvaccinated being subjected to even stricter COVID testing requirements. The move has been widely applauded by the aviation and travel industry.

For millions of people around the world, today has brought the news that everyone was hoping for. The travel ban, implemented by President Trump in the early days of COVID, is set to be lifted, finally. For 18 months, the only people allowed to visit the US from the UK, EU, and a number of other countries have been US citizens, immediate family members, and those on a short list of exemptions.

Now, President Biden has announced the repealing of the ban, set to come into effect in November. The move marks the end of an incredibly tough period for businesses on both sides of the pond, not to mention families who have been separated for an extended period of time.

The UK prime minister, Boris Johnson, praised the move, saying it is a ‘fantastic boost for business and trade.’

I am delighted that from November, @POTUS is reinstating transatlantic travel so fully vaccinated UK nationals can visit the USA.

It’s a fantastic boost for business and trade, and great that family and friends on both sides of the pond can be reunited once again.

Airlines, trade bodies and governments have been lobbying for the corridor to open. It was hoped that the relaxing of rules for US citizens coming to the UK and the EU earlier this year would stimulate reciprocal action from the White House, but action remained stalled as cases in Europe surged.

But with vaccination rates in Europe remarkably high and rising cases in the US, the travel ban became increasingly pointless. For months, a joint working party has been investigating the best way in which to relax the ban, but no conclusions had yet been drawn.

However, with the UN General Assembly in New York on the calendar for next week, Joe Biden was under increasing pressure to present an answer to the question of when. With the prospect of a heap of EU leaders descending on New York, all braying for an end to the restrictions, it seems the President has finally taken the plunge.

Just to prove that border bans have been based on political motivation, not data-driven decision-making, the #USA finally agrees to open its borders, to the fully-vaccinated from November, after #EU pressure builds. The #USA should have opened up months ago.

Without specifying a date, the White House has confirmed that visitors from the UK and other banned countries, including Brazil and China, will be welcomed into the US from November. However, foreigners will be required to be double vaccinated in order to enter the country.

Those who are not vaccinated will not be stopped from entering, but will be subjected to stringent COVID testing requirements. The US has not yet outlined what those requirements will be.

It’s not yet clear whether vaccinated travelers will be required to undertake any testing still, but as a minimum will likely be required to participate in contact tracing. The lifting of the US travel ban comes just days after the UK announced sweeping reforms to its own COVID travel restrictions, including replacing the day two PCR test with cheaper lateral flow alternatives.

The reaction from airlines and airports on both sides of the Atlantic has been understandably jubilant. Virgin Atlantic, an airline that has built its operating model on the transatlantic market, was one of the first to issue a statement. Its CEO Shai Weiss commented,

“The US Government’s announcement that fully vaccinated UK visitors will be able to enter the US from November is a major milestone to the reopening of travel at scale, allowing consumers and businesses to book travel to the US with confidence.

“The US has been our heartland for more than 37 years since our first flight to New York City in 1984. We are simply not Virgin without the Atlantic. After 18 months of uncertainty, we cannot wait to welcome our customers back onboard, flying them safely to their favourite US destination.”

The US is runway ready 🇺🇸

America is reopening from November for fully vaccinated travellers from the UK, and we can’t wait to fly you there.

“Today’s news, which will see our two nations reunited after more than 18 months apart, marks an historic moment and one which will provide a huge boost to Global Britain as it emerges from this pandemic.

“We are immensely grateful to the Prime Minister and his Government for all the hard work that’s gone into securing this deal with the US, and which builds upon last Friday’s announcement on the lifting of many travel restrictions. Our customers should now feel that the world is re-opening to them and they can book their trips with confidence.”

“The US is one of our most important markets and the air corridor is worth billions of pounds a year in trade and tourism – safeguarding thousands of jobs. Things are moving in the right direction and ministers deserve credit for getting us to this point.”

Are you pleased to hear the US is finally reopening? Let us know your thoughts in the comments. 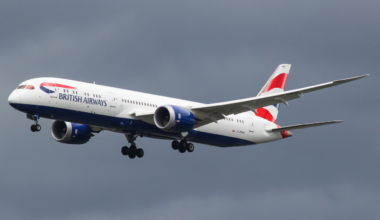 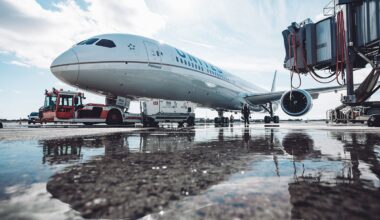 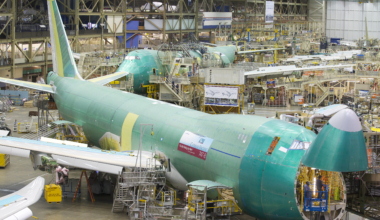 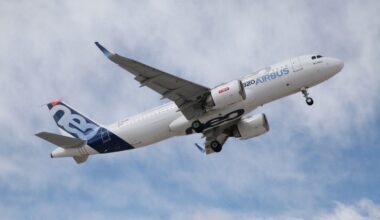