Vickers VC10 vs. Ilyushin Il-62 – How Similar Were The Aircraft?

We recently took a look at the story of the Ilyushin Il-62. This Soviet design was, at the time of its first flight in 1963, the world’s largest jetliner. Its contemporaries in the field of long-range, jet-powered air travel were the Boeing 707, the Douglas DC-8, and the Vickers VC10. The latter of these bore striking visual similarities to the Il-62, with both designs sporting four rear-mounted engines. But how similar were these planes on the whole?

One area where the Vickers VC10 and Ilyushin Il-62 bore strong parallels is the era in which they first flew. Interestingly, however, while their first test flights were very close together, there was a noticeably larger gap between their respective entries into service.

The VC10 was the first of the two aircraft to take a test flight, doing so on June 29th, 1962. The aircraft was developed and produced by UK manufacturer Vickers-Armstrongs Limited, whose Brooklands factory it made this maiden voyage from. Brooklands was an impressive facility that had also previously served as a race track and RAF base.

Wider gap between entries into service

Meanwhile, the Soviet Ilyushin Il-62 made its first test flight just over six months later, on January 3rd, 1963. When it did so, it flew its way unto the history books as the largest jetliner to ever have taken to the skies at the time. The aircraft replaced the turboprop Il-18, although Ilyushin did not rush its development due to the Il-18 being fairly young.

This resulted in a larger gap between the VC10’s entry into service and that of the Il-62. Indeed, the British design operated its first revenue-earing flight for BOAC on April 29th, 1964. This was less than two years after its first test flight. Meanwhile, the gap for the Il-62 was more than twice as long, with its first commercial flight occurring on September 15th, 1967.

Perhaps the most obvious point of comparison between the VC10 and the Il-62 is their aesthetics. While we have become used to seeing jetliners with two or three rear-mounted engines, these aircraft took it to another level by sporting four. This setup saw the engines located in paired ‘dual nacelle’ housings at the rear of the fuselage.

This unorthodox configuration caused the designs to stand out conspicuously compared to other contemporary quadjets. Indeed, the four-engined Boeing 707 and Douglas DC-8 mounted their engines below the wings, as was (and remains) the norm for jetliners. However, the use of such an engine layout on the two aircraft wasn’t without its controversy.

The controversy regarding the aircraft’s designs specifically pertained to accusations of so-called ‘industrial espionage.’ These were made by British commentators at the time regarding the aesthetic similarities that the Il-62 shared with their country’s VC10.

Of course, amid the tensions of the Cold War, these allegations could have proven rather serious. However, there was never any evidence found of the Il-62’s design copying that of the VC10. In any case, there were also several differences between the planes.

A good way of examining how the two aircraft contrast is by comparing their respective specifications. The variants that we shall do this with will be the VC10 Type 1101, which Vickers built to launch customer BOAC’s standards, and the regular Il-62. As we have established, the Il-62 was known for its size, beating the VC10’s length by nearly five meters.

The standard Il-62 was 53.12 meters long, compared to 48.36 meters for the VC10. This impacted their capacities, with the Soviet design taking advantage of its extra length to hold more passengers. It typically carried 168-186 guests, compared to 151 on the VC10. It could also require as many as five cockpit crew, compared to the VC10’s four.

That being said, it is interesting to note that the shorter VC10 sported a larger wingspan than its Soviet counterpart. This stretched to a width of 44.55 meters, whereas that of the Il-62 was 43.2 meters wide. Meanwhile, the Il-62 had the more powerful engines; each of its four Soloviev D-30KU turbofans produced 107.9 kN (24,300 lbf) of thrust. The VC10’s Rolls-Royce Conway Mk 301s clocked in with nice round figures of 22,500 lbf or 100 kN of thrust.

While these were both notable aircraft of their time, they contrast somewhat when it comes to their commercial success (or lack thereof). Ilyushin made five prototypes and 287 production examples of the Il-62, making it its best-selling jetliner to date. It still sees limited service today, with Air Koryo from North Korea, Rada Airlines, and Russia’s Air Force.

Meanwhile, the VC10 could not manage sales figures anywhere near that of the Il-62. All in all, just 54 examples were produced between 1962 and 1970, including the lengthier Super VC10. This ranks the VC10 among the worst-selling airliners of all time, although it isn’t Vickers’ lowest-ever seller. Despite its commercial career ending in the 1980s, the UK’s Royal Air Force continued to fly the type transporters and aerial refuelers until 2013.

Have you ever flown on a Vickers VC10 or an Ilyushin Il-62? If you’ve flown on both, which do you prefer, and why? Let us know your thoughts and experiences in the comments! 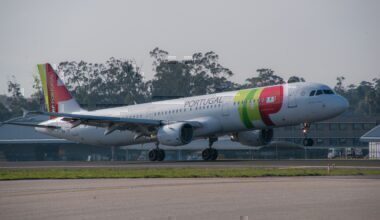 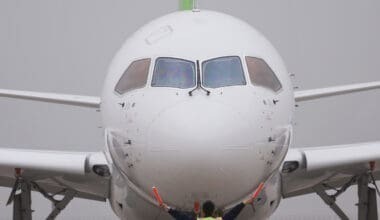 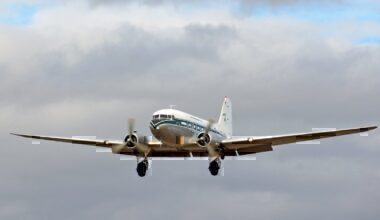 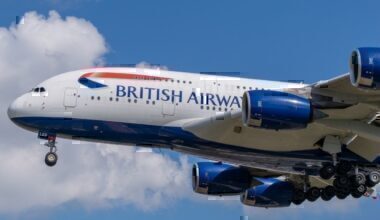