If you are in the market to lease a pair of ATRs, then the folks at Vietnam Airlines want to hear from you. The airline is offering two ATR-72s for a six-month wet lease, and they are available from today, June 1.

The move comes as flying in Vietnam starts to ramp up again. Just days ago, Vietnam Airlines resumed a full domestic schedule. Over the weekend, the airline was operating over 300 flights a day, roughly equivalent to what it was running twelve months ago.

A tough market despite the upbeat spin

This comes despite forecasting a loss of US$843 million in 2020. Underneath the expansion, there are some hard commercial realities at play.

Despite operating in one of the world’s fastest-growing aviation markets, flying in Vietnam is a tricky business. It is intensely competitive, average incomes are still relatively low, and Vietnam Airlines is further encumbered because it is a government-owned airline.

Offering out a pair of ATR-72s is a chance for some much-needed revenue. Unlike revenue from domestic flying, which is mostly local currency, income from a wet-lease will be in US dollars.

Why a wet-lease makes sense for Vietnam Airlines

There are pros and cons to either arrangement. A wet-lease enables the lessee to commence using the aircraft almost right away. There’s no waiting around for aircraft to be delivered and for crews to be trained up.

On the other hand, a dry-lease gives the lessee more control over the aircraft. You can paint the plane in your livery and have your pilots operating the aircraft.

Wet-leasing has picked up in popularity in recent years because it offers a lot of flexibility. It also allows airlines to ramp up capacity in a short time while minimizing cost. As aviation grew over the last decade, wet-leasing became an attractive option for many airlines.

A tough market to try to lease planes in

But of course, aviation growth has skidded to a fast halt in 2020. In the leasing game, it has suddenly become a lessee’s market. The world is awash with surplus aircraft. But by hawking around a pair of ATR-72s, Vietnam Airlines does have a few cards up its sleeve.

While international flying is mostly a non-event around the world, effectively killing off leasing demand for larger aircraft such as Dreamliners, 777s, and A350s, domestic markets are re-opening. That does give the leasing market for smaller aircraft like ATR-72s a bit of a boost.

In fact, that’s how Vietnam Airlines are marketing their lease. They are offering their two planes out for a short term of domestic flying. The ATR-72 is a pretty nimble short-haul plane, perfect for regional and local flights. Its economics and carrying capacity means you don’t need to sell bucketloads of tickets to make money.

It is an aircraft well suited to a new era in flying. Vietnam Airlines would know this and could be confident about getting a lessee to sign on the dotted line sooner rather than later. 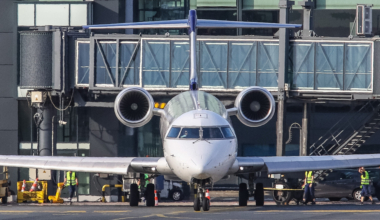 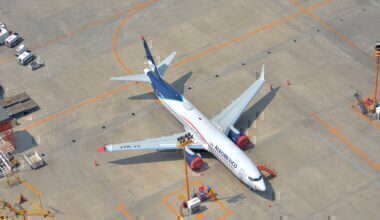