Vietnam Airlines is requesting a government bailout to the tune of VND12 trillion, or $518 million. Sources report that that the airline is set to report a loss of VND13 trillion ($561 million) for the year. The airline, like many others the world over, has been hit hard by the drop in air travel caused by coronavirus-related travel restrictions.

In late March, the country of Vietnam made the tough decision to suspend international flight arrivals. After that, Vietnam Airlines was reportedly only operating a mere four domestic flights per day on average.

However, these strict actions seem to have made a difference. According to Worldometer, the country has one of the lowest rates of infection in the world – especially for a population of its size (roughly 96 million). In the last month, it has even recorded a handful of days with zero new cases.

Government advisors are reportedly looking at other options to keep the airline afloat. Possibilities mentioned include the issuance of additional shares to existing shareholders or allowing investment by sovereign fund State Capital Investment Corporation.

The airline’s CEO says that the issue of funding has been raised with 8.6% stakeholder All Nippon Airways. However, as the Japanese carrier is also facing financial difficulties, it would not be able to help Vietnam Airlines.

One government advisor reportedly suggested going the route than other international airlines have taken: taking a government bailout.

Activity is recovering, but slowly

For many airlines, international operations declined by as much as 95% during the worst of the crisis. This is something Vietnam Airlines’ CEO picked up on, saying that things haven’t been this bad since the end of the Vietnam War:

“Since 1975 there has never been fewer flights in Vietnam’s skies,” -Duong Tri Thanh, CEO, Vietnam Airlines via VN Express

However, as countries around the world relax some border restrictions, numbers have been slowly going back up. In fact, last month, the airline’s passenger numbers rose to 84% of 2019 levels.

Thanh expects the domestic market to recover to pre-pandemic levels by the end of 2021. For international travel, he predicts an additional year.

Do you think that the Government of Vietnam will eventually provide Vietnam Airlines with a bailout? Or will the airline find the funding it needs elsewhere? Let us know your thoughts in the comments.

Simple Flying reached out to Vietnam Airlines for comment, but no response was received before the time of publication. 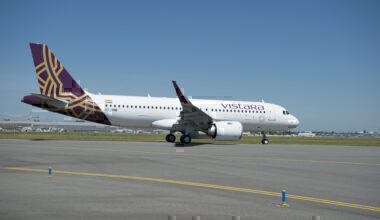 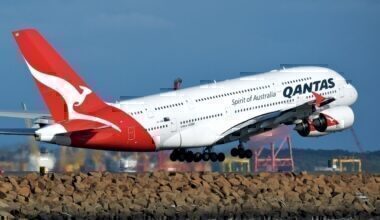