Virgin Atlantic this morning placed an order for up to 20 Airbus A330-900neos. The news was announced at a Paris Air Show press conference organised by Airbus.

The big airshows are known as places of intense aviation news. There were worries that this year’s Paris Air Show may have a slightly slower pace. However, if this morning is anything to go by, these worries were unfounded.

At the same conference as the Virgin Atlantic order announcement, Airbus announced its new Airbus A321XLR aircraft to the world. An order for the A321XLR was also announced at the press conference.

While we already know that Virgin Atlantic is due to retire its Boeing 747 aircraft, it seems the A330s are next. The Virgin A330 fleet has an average age of 10.5 years. While the oldest aircraft is 19.4 years old, the youngest is just 6.7 years old. The airline is expecting its first Airbus A350 aircraft this summer. However, the first A330neo won’t arrive until 2021.

According to Airbus, the 14 firm A330-900 orders will replace Virgin Atlantic’s classic engine option A330s. However, there are also options for six further Airbus A330neos, which could be used for a fleet expansion should the airline see fit.

We’re so pleased to announce we’ve ordered 14 @Airbus A330neos, so we’re on our way to our cleanest and youngest fleet ever. ✈️❤️ pic.twitter.com/nAaqGMjBqm

According to a press release from Rolls Royce, Shai Weiss, CEO of Virgin Atlantic, said,

“We will be proud to operate the youngest, cleanest fleet yet, with an average age of just five years. It also allows us to continue innovating for our customers to create an on-board experience we know they will love.”

Virgin Atlantic has a strong partnership with Delta Airlines, who recently received their first Airbus A330-900. This had a part to play in the decision to select the A330-900 for Virgin according to Airways Magazine. The new aircraft has Rolls Royce Trent 7000 engines, which make the neo more fuel efficient and quieter than the older Airbus aircraft.

According to John Walton of Runway Girl, the deal was likely agreed fairly recently. He picked up on the fact that Mr Weiss posed with an A330 model in generic Airbus colours at the press conference:

Interesting that Virgin didn’t get a painted-up model for its A330neo order. Usually signifies a last-minute deal. Surprising amount of senior brass here for a relatively small order too. #PAS19 #PaxEx #avgeek pic.twitter.com/3HFYKLaoCh

The next few years will no doubt be exciting ones for Virgin Atlantic, later this summer the airline is due to receive their first of 12 Airbus A350-1000 aircraft. Then, in two years time, we will see the first Airbus A330-900 delivered.

We can’t wait to see this exciting evolution of Virgin’s fleet take effect. Can you? Let us know in the comments! 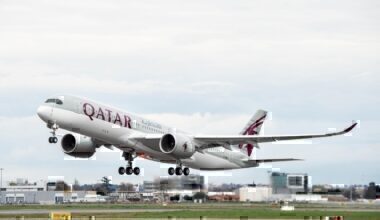 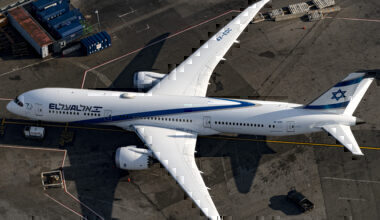 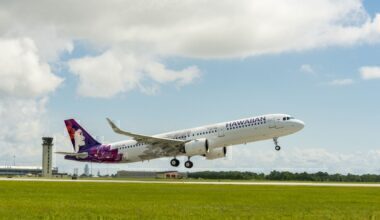