Inside Virgin Atlantic’s Pakistan A350 Plans For April

Virgin Atlantic has increased its seat capacity on flights to Pakistan next month. Seeing high demand, the airline will deploy its Airbus A350-1000 on flights from Manchester and London Heathrow to Islamabad. Let’s find out more.

As Virgin Atlantic looks to recover from this crisis, it is strategically deploying aircraft depending on demand. With the Easter holidays coming up, the carrier has seen high demand for flights to Pakistan, prompting the airline to deploy the larger A350 instead of the Boeing 787. In fact, the airline flew its first A350 services to Pakistan this week, capitalizing on the growing traffic.

Since launching last year, Virgin uses its efficient Boeing 787-9s on routes to Pakistan. However, this week we spotted an A350 making a short repositioning flight from London to Manchester to fly the Manchester-Islamabad route.

Explaining the equipment change for the coming month, a Virgin Atlantic spokesperson said,

“We assess our network and schedule on a regular basis to cater for passenger demand.  We’re delighted that the latest aircraft in our fleet, the A350, will be operating services to Islamabad from Manchester until the end of April.”

The airline also confirmed that London-Islamabad would also be upgraded to the A350 in April, with the first service flying on 29th March, according to RadarBox.com.

The decision to offer the A350-1000 comes not only due to increased holiday traffic from the UK but also to Pakistan’s decision to ease restrictions on flights from the UK. Last week, Pakistan downgraded the UK to a ‘Category B’ country, allowing regular flights to resume and easing entry restrictions, according to ANI.

The UK, and connecting traffic from the US, is home to a vast diaspora of Pakistanis providing strong leisure and VFR traffic on routes to the country. The traffic pushed Virgin to rapidly expand its network in Pakistan, adding two new routes and filling the gap left by PIA’s EU ban.

Bump up for passengers

For those booked to fly (or planning to book) with Virgin Atlantic to Pakistan in April, the A350-1000 offers a great cabin product. The aircraft features 335 seats, the most in the fleet, with 44 in Upper Class, 56 in premium economy, and 235 in standard economy. However, unlike other aircraft, Virgin has upgraded its business class on the A350.

Usually, Virgin uses its A350 for the highly lucrative transatlantic market and other US destinations. However, the pandemic has decimated business travel, forcing airlines to double down on VFR and leisure traffic instead.

What do you think about Virgin’s decision to put the A350 on routes to Pakistan? Have you ever flown the type? Let us know in the comments! 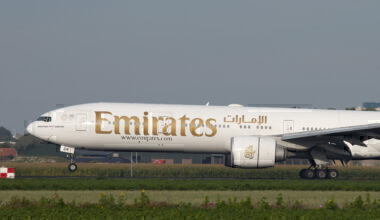 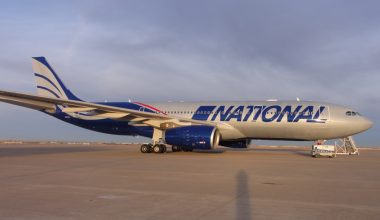 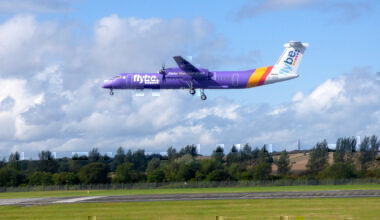