Virgin Atlantic his filed its first flight Plans for its new A350-1000 aircraft. The first flights which are now bookable will operate from London Heathrow LHR to Newark EWR. Virgin Atlantic has ordered 12 Airbus A350-1000 and will take delivery of the first aircraft in the middle of 2019. The Choice of London to Newark is an interesting one and feels like a soft opening before the company rolls out the aircraft to its premier routes from London to New York.

The first announced flights with Virgin’s A350-1000 aircraft will be between London and Newark on September 9, 2019. The first flight will VS001 will depart London Heathrow LHR 16:05 and arrive at Newark EWR at 19:20. 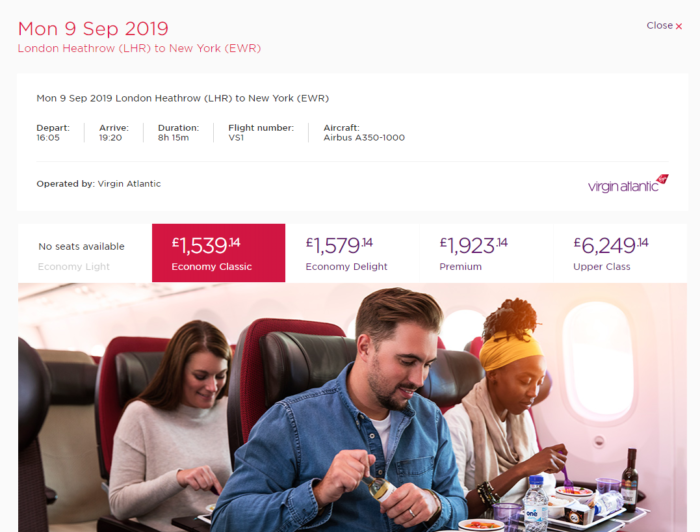 The second flight will be the return Virgin Atlantic flight. VS002 will depart Newark EWR at 22:30 and will arrive at London Heathrow 10:35 the following day. 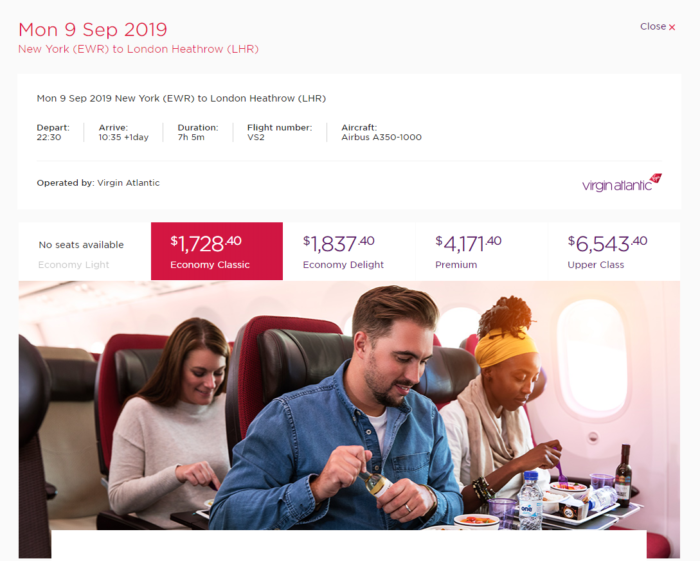 We fully expect Virgin to roll out the aircraft to more of its more fashionable routes, and will most likely use them to operate new routes like the one from London to Peth Australia that we reported on last month.

Virgin Atlantic has already confirmed that the new A350-1000 will feature a totally new Upper-Class product. While so far Virgin has remained tight-lipped about the features of the new product, it has stated that it would be cutting edge and premium. The one thing we do know about the new Upper-class cabins is that it will be laid out in a 1-2-1 configuration.

“The A350-1000 is a great opportunity for us to introduce a new Upper-Class seat and product, and we’re very excited to reveal what that will be before we start flying it next year,” 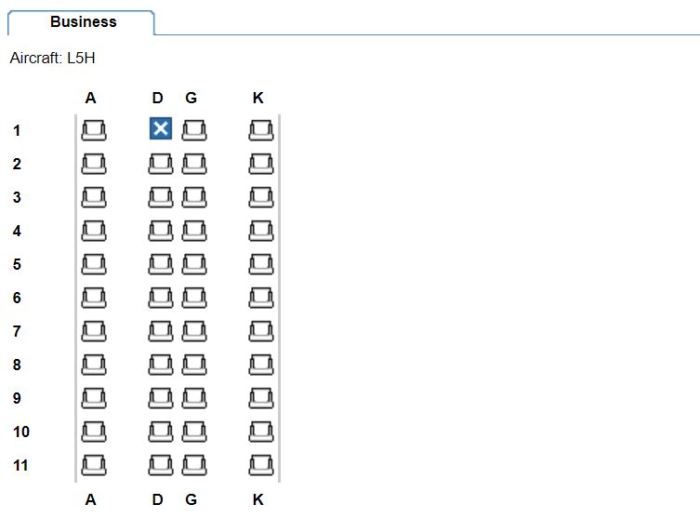 The Launch of Virgin’s new A350-1000 is a highly anticipated event that was made even sweeter by the introduction of the new upper-class hard product. We can’t wait to see what Virgin has to offer when the company unveils its new A350-1000 aircraft. With the flights now bookable, will you be booking the inaugural Virgin Atlantic A350-1000 flight?