There’s just one day to go before Virgin Atlantic’s first A350-1000 takes off. The flight, from London Heathrow to New York JFK, will operate at 13:30 tomorrow afternoon, arriving into JFK at 16:25. Red Velvet, registration G-VLUX, is the first of four A350s due to arrive at the carrier by the end of this year.

By this time tomorrow, the first passengers to enjoy Virgin’s brand new A350-1000, Red Velvet, will already be on their way to Heathrow to board the flight.

Cheers to Friday and cheers to our brand new plane, Red Velvet! 🥂⁣
⁣
Our first A350-1000 will enter commercial service next Tuesday, flying to New York City for the first time. We’ll be bringing you with us, so make sure to check out our Instagram stories then ✈️⁣ pic.twitter.com/V32Glg3nqB

We’re super excited for the launch of Virgin’s A350 service and will certainly be following along. Here’s what we know so far about the flights

The inaugural flight of the Virgin Atlantic A350-1000 is scheduled for 13:30 on Tuesday 10th September. Tomorrow. Eeep!

Operating as VS153, Red Velvet will take off at 13:30 from London’s Heathrow airport, arriving at New York JFK at 16:25. We don’t know whether this will be to a water cannon salute or whether there will be something special going on at Heathrow for the departure, but knowing Virgin, it won’t be without a fanfare of some kind.

The return flight, VS138 is scheduled to leave New York at 19:00, giving crew a comfortable two and a half hours to turn the aircraft around. All things being equal, it should arrive back in London at 07:20 the following morning.

If you’re kicking yourself for not getting your butt onto the very first flight of this new plane, the good news is you still have time. Checking the Virgin website last night, it seems there are still seats available on board, ranging from £699 for economy classic up to £3,570 for a seat in that stunning new Upper Class cabin.

The return flight is showing some availability too, with Classic coming in at £885. However, with Economy Delight just £15 more than premium economy around £250 more, treating yourself to an upgrade is almost certainly worth it. No Upper Class is showing as available on the return flight.

There’s nothing quite like a new plane smell, and knowing you’re the first to enjoy the full A350 experience is something quite special. If you’re booked on this inaugural service, Simple Flying have to admit to being slightly green-eyed right now.

While tomorrow will bring with it the first revenue passenger flight of Virgin’s new A350, it won’t be the first time the crew have flown the plane. While British Airways tested theirs out on the short haul London to Madrid route ahead of long haul ops, Virgin only fly long haul, so didn’t have this option. Instead, they’ve been putting it through its paces a little closer to home.

Lucky aviation fans in the north of the UK may already have seen Red Velvet in action. According to Glasgow Live, the A350 was based out of Glasgow Airport for a week or so, and was spotted over the city doing some low flying from time to time.

And, on Saturday, G-VLUX took to the skies again. This time, it was repositioning itself to Heathrow, in preparation for tomorrow’s flight, but that wasn’t all. Eagle-eyed avfans in North Wales spotted the shiny new plane doing some low flying maneuvers around the region for up to an hour.

Not only that, but it was seemingly being escorted by two smaller planes, a sight which clearly got a few locals talking.

According to a commenter responding to the article in the North Wales Daily Post, the A350 was out on a photoshoot with a pair of Strikemasters from Hawarden.

We headed on over to Twitter and discovered this immensely exciting teaser of things to come from one of the photographers on board the Strikemaster.

6 months planning for an epic 1 hour photo shoot – big thanks to @StrikeDisplayUK for being on the button hopefully @VirginAtlantic will release some images this week of the Worlds most loved Airline capturing my most loved Airliner @jamie_aviacom @richardbranson @ByBenGriffiths pic.twitter.com/AjrGlKtrnW

Clearly, the beautiful backdrop of North Wales is going to make for some stunning PR shots of the A350-1000. Despite our best efforts, we haven’t been able to get our hands on the results of the photoshoot. Yet. Hopefully Virgin will release them prior to or in conjunction with the inaugural flight.

Photos or no photos, if you’re lucky enough to be taking to the skies on this glorious aircraft this week, we’d love to hear from you. Leave a comment or drop us a line and let us know how it went! 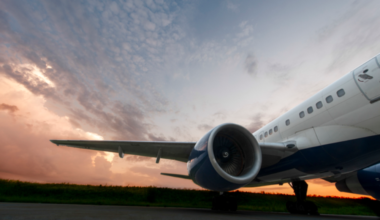 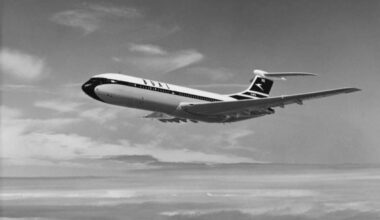 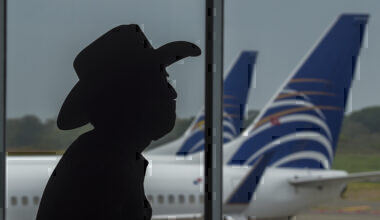 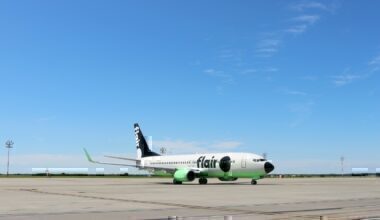