After a nearly two-year absence, Virgin Australia is returning to the Sydney – Canberra flight corridor. The short route links Australia’s biggest city and the national capital, and is currently served by Qantas and Regional Express (Rex).

But there is a twist. Rather than use their own aircraft, Virgin Australia has reached an agreement with Brisbane-based Link Airways to use their 34 seat Saab 340 B Plus aircraft and crew on the route. Rex also deploys Saab 340s between Sydney and Canberra. Qantas mostly operates Dash 8 turboprops on the route with some Boeing 717-200 flights at peak times.

The 147 mile (236 kilometer) route between the two cities is one of the shortest domestic routes in Australia. An easy three-hour drive on a high-quality motorway, the city pair is also often tossed up as a possible contender for Australia’s first high-speed rail route.

In the meantime, with its high volume of government and corporate traffic, the route is a lucrative one for airlines and was a hole in Virgin Australia’s network. But Virgin Australia’s Boeing 737-800s simply put too much capacity onto the sector, which demands frequency over capacity.

Virgin Australia used to operate ATR72s on the route, with some 737 flights at peak times. However, the airline no longer flies ATRs.

A nice piece of business for Link Airways

The agreement with Link Airways (formerly known as Fly Corporate) is a case of right-sizing the aircraft type to the market. It is also a handy piece of business for little-known Link Airways who normally fly some interesting regional routes up and down Australia’s east coast.

“Link Airways are excited to work with Virgin Australia on the resumption of their services connecting Canberra and Sydney,” says Link Airways CEO Andrew Major,

Before the border closures and travel restrictions impacted passenger numbers, over 900,000 people annually flew the Sydney – Canberra city pair. But domestic passenger numbers are on an upward trajectory again, and Canberra’s borders are open. Virgin Australia is betting the momentum will carry through to 2022.

As one Virgin Australia partnership looks like winding down, another starts up

The deal with Link Airways has some observers asking about the status of a longstanding arrangement Virgin Australia has with Alliance Airlines. Alliance operates some regional flights in Queensland on Virgin Australia’s behalf using Fokker jets.

In fairness to Qantas, the airline has always maintained a hands-off shareholding in Alliance Airlines to date, although it is increasingly using Alliance aircraft on its own domestic network. But given Qantas’ ties with Alliance, Virgin Australia might be interested in letting their relationship with them lapse and pursue new partnerships with alternative airlines – like Link Airways. 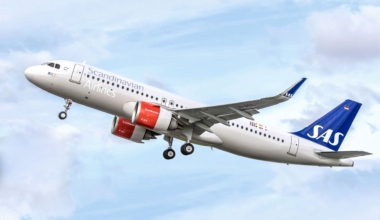 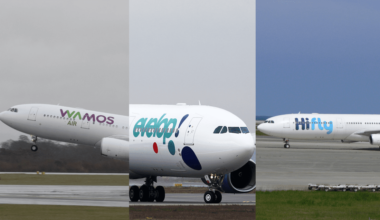