Except for successful services to North America, Virgin Australia always struggled to get traction with its long-haul services. Over the years, services to destinations such as Johannesburg, Abu Dhabi, and Phuket were tried and ultimately failed to take off.

The long-haul services to Los Angeles did do well. Using Boeing 777-300  aircraft and operating out of Brisbane, Melbourne, and Sydney, the flights were well regarded. A lot of people argued Virgin Australia had the best product across the Pacific.

Those Los Angeles services were the backbone of Virgin Australia’s long-haul operations. Services to other long-haul destinations did not have the same degree of success. Until earlier this year, Virgin Australia also flew to Hong Kong from both Sydney and Melbourne. Again, despite having a really good in-flight product, these services struggled.

Virgin Australia first dropped the service from Melbourne. Then the Sydney service got axed in favor of a new service to Tokyo’s Haneda Airport from Brisbane. The flights to Japan were slated to begin in March this year.

Flights to Haneda never got off the ground as the travel downturn began to impact earlier this year. Shortly after, nearly all Virgin Australia services went into hiatus. In April, the airline went into voluntary administration. Virgin Australia is now coming out of voluntary administration and still flying. But long-haul flights are off the books for the foreseeable future.

What’s going on with the long-haul aircraft?

According to planespotters.net, the ten long-haul planes are still with Virgin Australia. A Virgin Australia spokesperson told Simple Flying that they were working with lessors and secured creditors on an “appropriate program” that will see the long-haul fleet leave the airline.

Meanwhile,  a Boeing 777-300 was spied at Sydney Airport yesterday, near where the private jets are parked. Planespotters.net has VH-VPE Noosa Heads in Sydney. VH-VPF Caves Beach is in Brisbane. VH-VPD Avalon Beach flew to Hong Kong out of Brisbane late September and has not returned. We think the fourth 777-300, VH-VPH St Kilda Beach is at Brisbane Airport.

For fans of these planes, and they were great planes to fly in, it’s a melancholy fate. Sitting at airports, doing nothing, facing an uncertain future, it’s an ignoble end for the long-haul arm of Australia’s second-biggest airline. 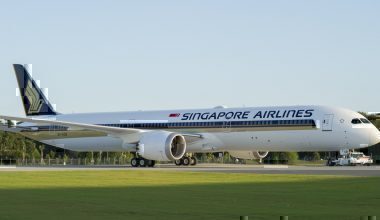 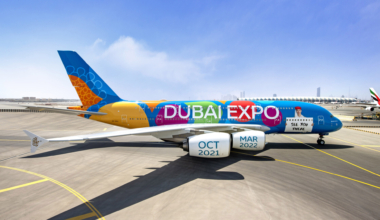