Virgin Australia To Review Future Of Its Widebodied Fleet

Hot on the heels of announcing another half-yearly loss earlier this week, Virgin Australia’s CEO has sparked a fresh round of speculation, saying the airline’s widebody fleet is under review.

Their fate is undecided. In a media briefing this week, Virgin Australia’s CEO, Paul Scurrah, said the small widebody fleet was inefficient and was under review.

The widebody jets are mostly used on international and transcontinental journeys. The five 777s scoot between Australia and Los Angeles. These flights, which operate under a joint venture agreement with Delta Air Lines, make money. They are the shining light in Virgin Australia’s threadbare, shaky and largely unprofitable international network.

There are, however, rumors of falling profitability on this route. But in fairness, these are hardly halcyon times for any airline.

The A330s are more problematic. Passengers love them. Virgin’s Paul Scurrah is not so enamored. In response to a question when he released the financial results this week, Mr Scurrah said;

“The A330, in particular, is not economical. When you look at its ownership costs combined with fuel performance, there are far better options out there which we are exploring at the moment.”

The A330s are set to be deployed on the new route between Brisbane and Tokyo Haneda next month. This follows Virgin Australia’s ill-fated foray into Hong Kong. Flights to Hong Kong, which only began in 2017, were recently abandoned. This week, Mr. Scurrah admitted the airline lost USD$85.1 million on the venture.

There are high hopes for the new flights to Tokyo. But it is a terrible time to be launching a new premium service into North Asia. There is some speculation that these flights may be postponed.

You can also see the A330s on services between the west and east coasts of Australia. There are weekend services to Nadi and New Zealand and if you’re lucky, you will soon be able to pick one up on the odd domestic service between Brisbane and Melbourne.

The A330 is popular because it features a top tier lie-flat business class product. Through points redemptions and upgrade me bids, these blue-chip seats are reasonably accessible. However, passengers snagging a bargain business class seat to Perth is yet just one more reason why Virgin Australia is swimming in a sea of red ink.

Of course, Virgin Australia’s dilemma is that if they simply stick their workhorse 737 on routes like Sydney – Perth, premium passengers will simply head across to Qantas.

The transcontinental flights are interesting. These are five hour plus flights with a lot of corporate traffic. Qantas mostly has A330s on the route, featuring its latest Business Suites. On a good day, Qantas charges circa USD$1600 for a one-way fare across the Nullabor.

Unless Paul Scurrah wishes to hand over the premium market entirely to Qantas and see Alan Joyce cackle with glee, Virgin Australia needs to operate a widebody aircraft with a premium product on transcontinental routes.

But what aircraft would work across the different routes?

The problem for Mr. Scurrah and his board is: what widebody aircraft has the capacity to reach Los Angeles but also makes economic sense to send to Perth?

The aircraft being thrown around by the armchair chatterati and wannabe airline CEOs like myself are the A350 models, the A330neo, the 777-9 and the 787.

The problem is that while many of these aircraft might fit nicely into Virgin Australia’s routes to Los Angeles, most are simply too big to operate economically transcontinental flights.

It might suit me to be fine kicking back in a half-empty A350-900 en route to Perth after redeeming a swag of FlyBuys points, but it is not an ideal outcome for Virgin Australia or their long-suffering shareholders.

Equally, the argument that Virgin Australia could deploy their new over-sized aircraft on services to Bali or Johannesburg is unlikely to fly. They’ve tried these routes with widebodies before and they didn’t work out. Given Mr. Scurrah is looking at reducing costs, he’s unlikely to be persuaded to have a crack at Jo’burg again. Or Phuket. Or Bali.

The way I see it, two outcomes are likely. The first outcome is that Virgin sends the A330s back to their lessors, keeps the 777s for Los Angeles and uses their 737-800s on transcontinental routes. There are two problems with this. Firstly, what about the new services to Japan? Given the current climate, those flights may be over before they have begun. But granted, it does poke a hole in the theory.

Secondly, it means Virgin Australia quits the premium cabin transcontinental market. Unless of course, Paul Scurrah channels JetBlue and installs a version of its lie-flat Mint Class on some of his 737-800s and sends them to Perth. But that idea has been around for a while and the Virgin boss has not exactly radiated enthusiasm for it.

The second outcome is that Virgin Australia runs with the Boeing 787. This plane is the right size to operate transcontinental flights successfully and has the legs to make it across the Pacific.

Given the preponderance of Boeing aircraft in Virgin Australia’s fleet, Boeing might be taken with the idea of an airline having an all Boeing fleet. They’d probably do a deal. Actually, considering the problems at Boeing the moment, they’d probably love to do a deal.

The primary problem with the 787 is that it isn’t a wildly popular aircraft with economy class passengers. That might not be an issue if you have enough Velocity points to cash in for a lie-flat seat and a run on VA’s raspberry and white chocolate brownies. But most passengers travel in the main cabin and the 787 in the standard 3-3-3 configuration is a little tight.

The A330s, while uneconomic for Virgin Australia, is a much nicer aircraft to fly in for most passengers.

A difficult decision for Virgin Australia

The challenge for Paul Scurrah is to find a widebody aircraft that maximizes the earning potential for the airline and provides a decent travel experience for all passengers.

It’s not necessarily an easy thing to do.

What do you think? If Virgin Australia were to adopt just one widebody aircraft, what should it be? Why? 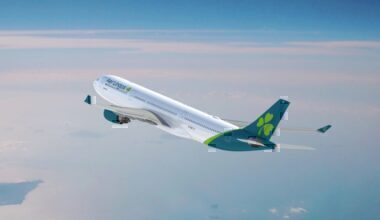 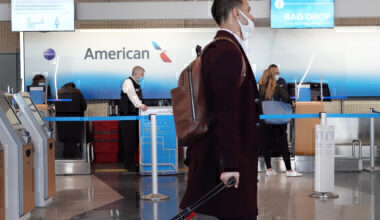 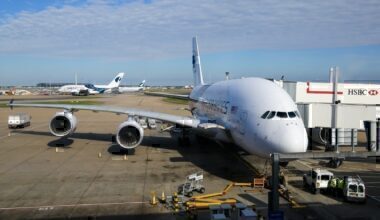 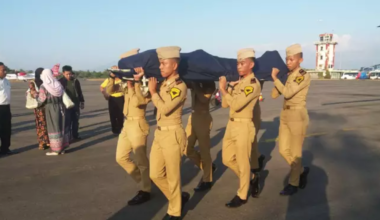 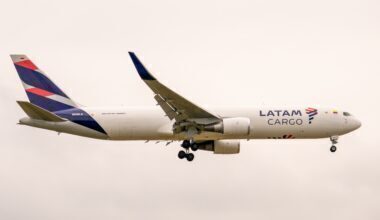