Today is the day we’ve all been waiting for. Virgin Atlantic’s hotly-anticipated A350-1000, G-VLUX (or Red Velvet to her friends) was scheduled to take its first revenue flight. After a relatively smooth start, albeit with a small delay, flight VS153 touched down safely at New York’s JFK Airport, with some very, very happy passengers on board.

She made it! G-VLUX, Virgin Atlantic’s first A350-1000 has successfully completed its first revenue flight, landing into JFK in New York at just after 4:30pm today. Let’s see how it all went.

While BA had a big send off for its first A350, complete with media, CEO and more, Virgin’s first flight went down somewhat quietly. No sign of Shai Weiss or any press around; perhaps they’re saving that for another day?

It does look like Rachels Kitchen provided some pretty sweet looking cupcakes for the event. I mean, what’s an inaugural without a bit of cake?

Congrats to @VirginAtlantic on the launch of your new A350 air bus today! We hope you enjoyed the cupcakes and had a safe flight to New York! ✈️ 🧁🥂 🇱🇷#virgin #heathrowairport #newyork #cupcakes #logocupcakes #brandedcupcakes #productlaunch #advertisment #brandedmerchandise pic.twitter.com/OIeF04CEAT

Captain Chris Pohl was clearly delighted to be flying the A350 for the very first time, sharing this short introduction on his Instagram:

Although more details may emerge later from the departure, it pretty much looks like it was a rather sedate affair. On the plus side, it all seemed to go smoothly, at least until it was time to push back.

Things didn’t go entirely to plan at Heathrow, as there was a slight delay to departure. According to a passenger on board, the tug allocated to move Red Velvet into position broke down, meaning another tug had to move that tug out of the way before the A350 could get on its way!

For the passengers, it was all very entertaining, however, as they enjoyed all the action on the underbelly forward-facing camera.

Unfortunately going nowhere. Tug broke down, now second tug needs to push out first tug and then tug us! Thank you, forward cam, for making this much more enjoyable for all of us on board. 🤣 pic.twitter.com/BMovEpc74X

Despite this little hiccup, the flight was soon on its way, pushing back from the stand onto a rather empty LHR apron (as one commenter pointed out, no BA planes around to spoil the photos!).

Red Velvet, pushing back from her stand at @HeathrowAirport earlier today. What a sight. Days like this…
Also, the camera on the #Note10Plus is insanely good.@VirginAtlantic #A350 #VS153 #avgeek #GVLUX #VirginAtlantic #Airbus pic.twitter.com/Z4jeT5Q7TL

VS153 left LHR at 14:25, almost an hour after its scheduled departure time of 13:30. A kind ATC shared a short clip of the perfect takeoff into gloomy skies over London.

First @VirginAtlantic @Airbus A350-1000 take-off from @HeathrowAirport to @JFKairport, as viewed from the Control Tower. pic.twitter.com/5j6TwnVXE5

Clearly, passengers had a lot to love on this inaugural flight of the A350. From the new cabins to the new tailcam and, of course, that amazing Upper Class product, the feedback on the flight was good from all angles.

Our friend Gilbert Ogg over at God Save The Points gave us a cool (and very fast) tour of the cabins as he boarded the plane.

Here’s the new @VirginAtlantic Airbus A350 interior in 7 or 8 seconds. pic.twitter.com/f8YltMJv3g

Clearly, those in Upper Class were over the moon with the new cabin. From the leather upholstery to the massive 18.5” IFE screen, this was a treat to enjoy. The lie flat bed wil have proved enjoyable for a nap, although this was a daytime flight, so is yet to be fully put through its paces.

Flying on @VirginAtlantic new A350 to jfk 👌🏻 very nice pic.twitter.com/9nLD3lVZrI

But it wasn’t only the premium passengers who were super happy with the experience. This passenger, who appears (I think) to be in economy, or possibly Economy Delight, calls the A350 a ‘limo’ and says she is ‘in awe’!

I am in awe! The #redvelvet virgin flight of the new #virginatlantic A350 is like flying a limo in the air. So beautiful and state of the art! pic.twitter.com/N52y3CD44H

We don’t have any info on how the A350 was received in New York. They may have been a fuss, or it may have proceeded somewhat quietly. Were you on VS153 today? Let us know if you were – we’d love to hear all about your experience. 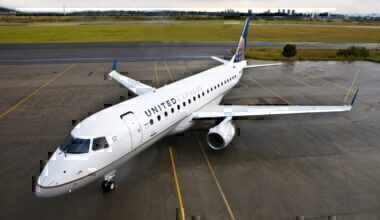 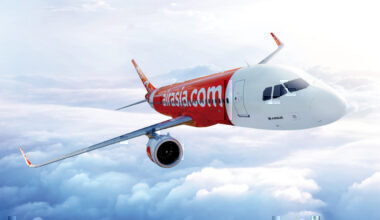 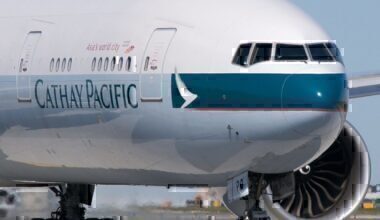