Volga-Dnepr, which specializes in large air cargo, has put its first Boeing 777F into commercial service this week. The aircraft has joined the fleet of the company group member, AirBridgeCargo Airlines, and will be deployed on Trans-Siberian routes.

The 777F is the largest twin-engine cargo plane offering up to 106 tonnes (116.8 US tons) of payload capacity. It joins ABC’s fleet of 17 Boeing 747 freight aircraft and will add more flexibility to the airline’s general and special cargo operations. ABC says the new plane will enable it to offer its customers more optimized delivery options.

CEO of the Volga-Dnepr Group, Tatyana Arslanova, said the following in a press release seen by Simple Flying:

“We would like to thank our personnel and specialists, partners and customers for this great milestone at the turn of 2021 when airfreight is in high demand, especially for healthcare, e-commerce, and essential cargo transportations.”

ABC’s Boeing 777F made its first commercial flight from Seoul in South Korea to Domodedovo International Airport. It was met by officials of Volga-Dnepr and representatives of the Boeing Corporation and GE Healthcare. The guests were able to tour the aircraft and follow the unloading of medical cargo.

Volga-Dnepr took delivery of the 777F in August despite the airline’s fractured relationship with Boeing. The aircraft has recently been certified in Russia.

GE Healthcare is a major customer of the Volga-Dnepr Group and has been supplying high-tech diagnostic medical equipment to Russia for over 30 years. The company says that air transportation is the priority delivery method in terms of speed, especially during the pandemic

. Director of Moscow Domodedovo Airport, Igor Borisov, added the following in the release:

“In 2020, freight transport has gained particular importance. It is by air that medical supplies are promptly delivered – protective equipment, vaccines, medicines, medical equipment – so necessary to combat COVID-19. We are confident the new type of aircraft AirBridgeCargo will open up new opportunities for modern cargo carriers via Domodedovo.”

A mixed year for Volga-Dnepr

This year, the Volga-Dnepr Group has seen a huge increase in e-commerce, triggered by the COVID-19 pandemic. Logistics Middle East reported that AirBridgeCargo and ATRAN tripled their e-commerce volumes over the first nine months of 2020. The major trade routes were Asia-Europe, Asia-North America, and Europe-Russia.

On the downside, the group’s strained relations with Boeing weren’t helped by an incident in November 2019. An Antonov An-124 delivering a General Electric engine to Boeing made a hard landing at Everett Paine Field. The engine, destined for the 777X program, was damaged during the landing.

On November 25, 2020, Volga-Dnepr grounded its entire fleet of Antonov An-124 aircraft after a spectacular runway excursion at Novosibirsk Airport. In the incident on 13 November, an An-124 operating a flight to Vienna returned to Novosibirsk after suffering from an uncontained engine failure.  During the emergency landing, the plane overshot the runway and broke off the nosegear leaving its nose down in the snow. 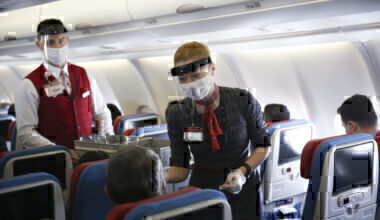 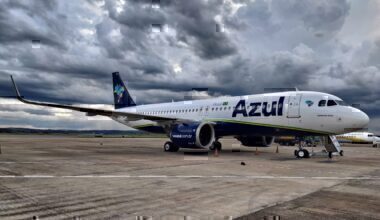 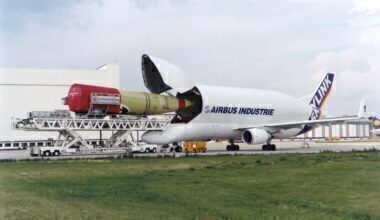