Calgary-based airline WestJet has confirmed today that it is using its new Boeing 787 Dreamliners on domestic routes between Vancouver and Toronto. This is the first time Vancouver will be served by WestJet’s signature aircraft. The Dreamliner will initially operate flights five times per week, with Boeing 737s operating a further three non-stop flights per day.

WestJet is ramping up its operations as more passengers in Canada look to travel domestically. The airline will now be flying its newest aircraft, the 787 Dreamliner, to connect the popular destinations of Vancouver and Toronto. The Dreamliner also operates domestic routes connecting Calgary and Toronto.

From today, WestJet will use the Dreamliner on Monday, Wednesday, Thursday, Friday, and Sunday. In addition, it will also operate Boeing 737s on three daily flights. So, if you want to make sure you get a 787 Dreamliner, rather than a 737, you’ll need to check your departure time.

Flight 706 from Vancouver to Toronto departing at 09:00 will be the new Dreamliner. Flight 711 from Toronto to Vancouver, leaving at 17:15, is also a Dreamliner. From November 5th, WestJet will increase the frequency if its Dreamliner flights between Vancouver and Toronto to a daily service.

In a statement, a spokesperson for Vancouver Airport said,

“We are thrilled to welcome WestJet’s newest aircraft, the state-of-the-art 787 Dreamliner, to YVR for the first time. We greatly value our long-time partner WestJet and the introduction of this signature aircraft at YVR is an example of their ongoing investment in British Columbia.”

WestJet began operating the Boeing 787-9s at the start of 2019. The new aircraft made a great addition to the low-cost carrier’s fleet, which is distinctly not a traditional LCC at all. The Dreamliners are configured with 320 seats across three cabins: Business, Premium, and Economy. The airline is currently striking a somewhat successful balance between no-frills, low-cost service, and the higher-end business and premium offerings.

The airline currently has six 787 Dreamliners with more on order. Several of the newest Dreamliners barely have any time in the air. Many of the newer planes arrived just before and during the global downturn, meaning they’ve been kept in storage. Now, it seems WestJet is keen to get its newest aircraft back in the sky.

As well as domestic routes, the airline uses its 787s on transatlantic routes. The Dreamliners operate several routes across the ocean to London Gatwick, Paris, and Dublin. The airline’s Dreamliners are currently a significant part of its operations as the airline had invested in the MAX before its groundings. WestJet has 13 737 MAX jet currently grounded and another 43 on order.

Just last week, the airline said it couldn’t wait to have its MAXs back in the sky soon. With its new Dreamliners and the MAX on the way back, WestJet will have a very young fleet. As Canada’s second-largest airline, WestJet looks to have a bright future. 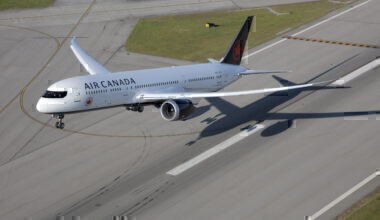 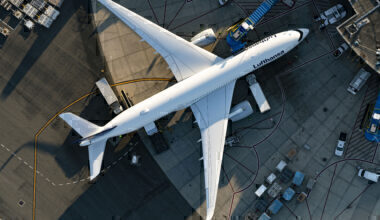