WestJet Has Grown ‘Too Fast’ – What This Means For The Carrier

WestJet CEO, Ed Sims, has spoken out about the future of the carrier, saying they have grown ‘too big, too fast’. Despite being poised to expand into new destinations and services, it now looks like the airline will need to scale back or reassess their future direction if they are to remain competitive.

In the past few years, the carrier has gone from being a low cost domestic service for Canada and the US to starting transatlantic flights, launching their own ULCC, changing their CEO and purchasing widebody aircraft. Not to mention their plans to become a full service airline.

The end of a difficult year

Nobody’s had an easy ride in 2018, with surging fuel costs and competitive pressures left, right and centre. But, on top of all this, WestJet have also been faced with threats of a pilots strike and unionisation of flight attendants, turning their financial year into what Ed Sims calls a ‘rollercoaster’.

The pinnacle of their tough year came in July, when WestJet posted its first quarterly loss in 13 years. As a newcomer to the airline, having taken the helm just three months previous, Sims was not overly happy with the results.

“The underlying long-term factor (for the Q2 results) has been a difficult one for WestJetters to come to terms with… and that has been that we’ve just grown too big, too fast.”

Following the surprise exit of previous CEO Gregg Saretsky amid labour disputes, Sims stepped into the role in March 2018. The  departure of the CEO fuelled a huge drop in share prices, leaving Sims with something of a poisoned chalice as there was no way to avoid a loss making quarter.

“I’m not saying I welcomed the reality that my first quarter as CEO was the first loss-making quarter… but in many ways, I think the decisions were easier for me because it became blindingly obvious. When you make a loss, it’s absolutely clear-cut.”

The exponential growth of WestJet

WestJet were founded in 1996 as a small, low cost carrier for Canada. Based out of Calgary, Toronto and Vancouver hubs, they started growing their Canadian routes throughout the early 2000’s. Despite being accused (and later admitting to) industrial espionage by Air Canada, the carrier continued to grow as the years marched on.

By 2005, they’d started moving into the US, adding San Francisco, Los Angeles, Tampa, New York, San Diego and other key destinations to their repertoire. A couple of years later they added a number of Caribbean and South Pacific routes, as well as a number of destinations in Mexico and many more US locations.

Their expansion was exponential; in 2000 they had 7% of the market share in Canada, compared to Air Canada who had 77%. By 2009, they had 38%, and Air Canada’s had dropped to just 55%. However, their success appeared to go to their heads somewhat, as from that moment onwards, they began to lose their way.

First, they started aggressively expanding into Europe. Now, the transatlantic market is a far more difficult beast to tame than anything in the Americas. Adding Glasgow, Dublin and London to their itineraries was a risky move by WestJet, but they didn’t stop there.

In 2014, they announced they were in the ‘advanced stages’ of sourcing four wide body aircraft, which it turned out they were purchasing from Qantas. The four aircraft in question were 767-300ERs, which were on average 25 years old, therefore requiring frequent repairs and downtime.

This led to a very poor on time performance in 2016 of just 38%, which cost the airline in the region of $5m. Added to this, their pilots decided they needed a higher rate of pay to fly the bigger birds, causing more upset and stress at the WestJet HQ.

One a non-union airline, over just 18 months WestJet is now coping with 42% of their employees being card carrying union members. The threatened pilot strikes last May cost the airline tens of millions of dollars in lost and rescheduled bookings. The situation is ongoing, with negotiations expected to begin in the spring.

Most surprisingly, WestJet have seemingly abandoned their USP – to be a low cost alternative to Air Canada. In January last year, they announced their goal to become a global, full service carrier. Well, Saretsky did anyway, and then promptly resigned two months later.

Not only that, but they decided they would also be launching an ultra low cost carrier – Swoop – running 737s to destinations across the US. With all this going on, it was almost inevitable that something had to give. But at least Sims has the sense to make a change before things get any worse.

“It’s easy to say in hindsight that we started living beyond our means probably two years ago, when we started seeing a deterioration in earnings per share. But while we were still delivering consecutive quarters of profitability, it was hard to put that handbrake on,”

Well, now it’s abundantly clear that perhaps WestJet bit off a little more than they could chew and need to reassess its strategy going forward if they want to ensure a better financial year.

What’s in the future for WestJet?

Although the carrier had high hopes for aggressive expansion, they seem to be playing it safe just now. Originally the 787’s based at Calgary were planned for transatlantic expansion, with talk of even more exotic destinations by Sims’ predecessor. Routes to Asia, South America and Latin America were mooted, but those seem to have been shelved, at least for the time being.

Initially the 787’s will serve existing routes to Paris, London and Dublin. Speaking about the change of heart, Sims commented:

“I’m a pretty prudent, cautious character and for me, flying a brand-new half-billion-dollar investment to places we had no track record, no engineering support, no history of operating … to me would have been almost reckless,”

We can’t help but agree Ed.

Despite making some prudent decisions, Simple Flying still feels that WestJet have somehow lost their way. Introducing business class, lie flat seating on their Dreamliner routes, with further plans to retrofit its entire domestic fleet to include business class cabins, suggests they are still focussed on the full service dream.

But, should a full service airline ever be based out of Calgary? With high unemployment and ridiculously expensive downtown vacancy rates, the streets here are not exactly paved with gold. Both Air Canada and British Airways are scaling back operations at Calgary, could Sims’ belief that the city is ‘under-served internationally’ be a mistake waiting to happen?

At this point in time, Sims is remarkably upbeat about the future of WestJet. As well as ‘kickstarting the economy’ in Calgary, he has said that more adventurous destinations are definitely still on the table for the future. We’ll be watching their progress with interest! 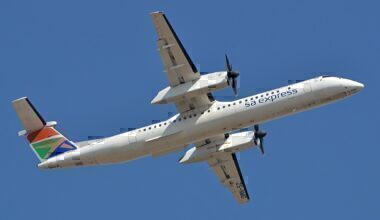 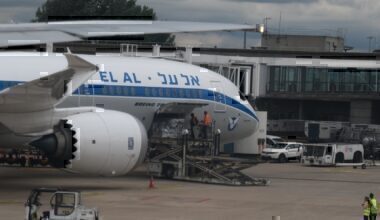 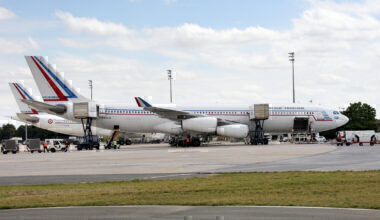 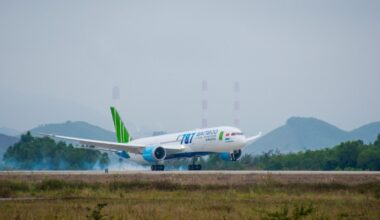