Canada’s second-largest airline announced on Wednesday that it would be extending its flight suspension to 14 destinations in Mexico and the Caribbean. The suspension has been in place since the end of January. WestJet’s decision to halt operations first came at a request from the government in a bid to curb the spread of coronavirus. Initially intended to last 90 days, the airline has set the new date for route resumption to June 4th.

The airline assured its customers that it was extending the suspension with clear expectations that the government would change its travel restrictions as more Canadians receive the vaccine. Furthermore, it reiterated its call for a safe travel-restart framework as a long-term solution.

“We continue to advocate for the replacement of mandatory hotel quarantines with a testing regime that is equitable and consistent with global standards at all points of entry into our country. Alongside an accelerated and successful vaccine rollout, this policy transition will support the safe restart of travel and help stimulate the Canadian economy, where one in ten jobs are tourism related,” said Ed Sims, WestJet’s President and CEO, in a statement.

Customers with affected itineraries will be contacted by the airline. In its statement announcing the cancellations, WestJet also wished to draw attention to the fact that it has provided refunds for all travelers, regardless of fare class booked, since November 1st, 2020.

Perhaps the airline was wishing to make a clear distinction from rival Air Canada, which has been criticized for not giving travelers with non-refundable fares their money back despite canceling departures due to the pandemic.

WestJet next in line for state support?

However, that is set to change for Air Canada customers. As part of a much-awaited state-support package of C$6 billion, the airline has agreed to begin issuing refunds it had previously been reluctant to part with.

Air Canada also canceled its Mexico and Caribbean routes on the behest of Ottawa earlier this year. The latest update from the airline late last month said it would resume some of the services (Mexico City, Jamaica, and Barbados) the first week of May.

While Air Canada can now breathe a sigh of relief, there is yet to be any news on government aid coming WestJet’s way. One would imagine that it could be just around the corner so as not to create an unfair advantage for Canada’s flag carrier. However, we shall have to wait and see what the package will look like and what kind of sum it will entail.

Not a moment too soon

Whatever shape the in all probability forthcoming aid will take, it can not arrive a moment too soon. WestJet’s passenger numbers were down 90% in 2020. The airline began the year with a staff of over 14,000 and now has only about 4,900 in active employment. Just earlier this month, the carrier laid off another 400 pilots.

Meanwhile, Canada maintains its severe travel restrictions, requiring international arrivals (those eligible to enter the country) to quarantine for three days in a hotel while they await results from a PCR test. However, as Global News has found out, if a traveler does not have the means to pay for the mandatory accommodation, the federal government will help pay the bill.

Do you think it makes sense to extend the flight suspensions to sun destinations? Tell us in the comment section. 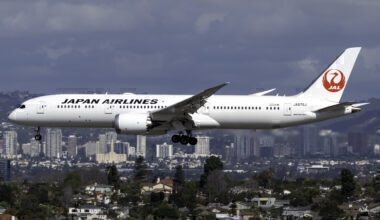 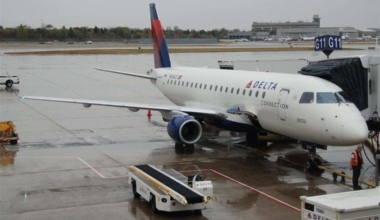 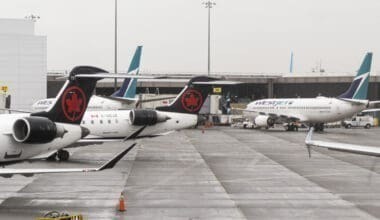