What Can You Do With A Retired Boeing 747?

The Boeing 747 has been inspiring travelers for more than half a century. Sadly, owing to both the ongoing coronavirus pandemic and its rising age, the type is becoming an increasingly rare sight in the skies worldwide. However, despite no longer flying, some examples have gone on to serve other purposes after their retirement.

One of the ways in which the 747 was a game-changing aircraft was the fact that its extra space compared to its predecessors allowed for a more luxurious onboard cabin. The aircraft’s striking top deck became known for featuring opulent lounge and bar areas, such as Qantas’s Captain Cook Lounge. Meanwhile, airlines also offered premium passengers an exclusive cabin in the plane’s nose, such as Virgin Atlantic’s Upper Class.

While it is increasingly hard to find active 747s on which to enjoy a restful night’s sleep in the air, there is one instance where you can do so on the ground instead. Sweden’s Stockholm Arlanda Airport (ARN) is home to the incredible Jumbo Stay hotel.

This project has seen a former Singapore Airlines and Pan Am 747-200 repurposed as an avgeek’s dream location for an overnight stay at Sweden’s largest airport. However, rather than merely using the cabin for accommodation as would have been the case during its service life, passengers can even stay in the engines! This is definitely one for the bucket list.

Educating the next generation of voters

Across the North Atlantic Ocean, another group has found a very different but equally useful purpose for a retired jumbo. The Air Force One Experience obtained an ex-Evergreen International Airlines 747-200F to create a replica of the US presidential jet.

School groups can enjoy a three-hour self-guided tour in and around the aircraft, which features re-creations of several significant onboard rooms. The project states that:

“Our mission is to educate the next generation of American citizens about the importance of democracy, civic responsibility, and the right to vote.”

Having to exit an aircraft via an emergency slide is, thankfully, an extremely rare occurrence. However, what about doing so instead by the means of a water slide? Incredibly, this obscure proposition is in fact a reality at the Wings and Waves Waterpark in Oregon!

On top of this aquatic leisure complex sits another ex-Evergreen 747. In this instance, the aircraft belonged to the family’s -100F variant, having been converted from a passenger-carrying China Airlines 747-100 in 1978.

As well as making the building as a whole look striking, the 747 is special in that it houses two water slides – certainly another one for the bucket list! It is very heartwarming to see the 747 live on through these, and other, inventive ground-based enterprises.

Have you ever visited any of these quirky retired Boeing 747s? How else might you like to see these aircraft used once their service life is over? Let us know your thoughts and experiences in the comments! 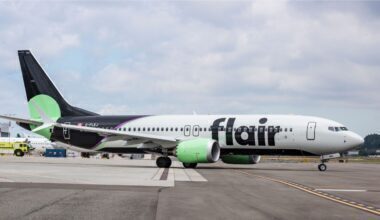 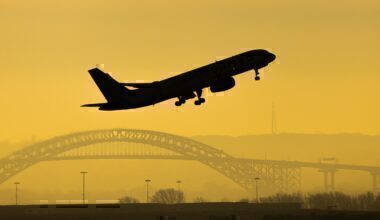 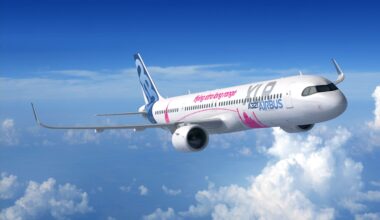