What Do Pilots Eat During A Flight?

There are several rumors and stories flying around regarding the cuisine that pilots are treated to during a flight. To get to the bottom of the subject, Simple Flying asked Senior Airbus A350 Training Captain Chris about what he and his crewmates eat when hitting the skies.

Captain Chris has 38 years of expertise behind him in the aviation industry and is more than well-traveled. He flew the inaugural Virgin Atlantic Airbus A350 flight from London to New York in 2019 and has since become a popular figure highlighting the features of the famous widebody on social media.

Simple Flying caught up with Chris at length, discussing several factors that pilots deal with during airline operations. One of the topics that came up was inflight meals.

Chris explains that crews have special meals that are catered to different requirements. However, those working on board can also opt for any leftovers from the cabin.

Like everything in aviation, airlines always need to plan for the unexpected, and this includes any unexpected issues when it comes to food consumption. So, to avoid issues such as food poisoning, Virgin Atlantic dictates that pilots operating the same flight don’t have the same meal.

“We have special crew meals loaded with different choices for different dietary needs, although we also get any meals leftovers from all three cabin classes,” Chris told Simple Flying.

“Upper Class is always a good choice, although I do love the curries offered in our Premium cabin. Just like the movies, we don’t both have the same meal for obvious reasons. The best thing about the A350 over any Boeing is that we have a table to eat our meals. So French, so civilised.”

Altogether, Chris expresses that the A350 has the best setup for a pilot to regroup on a flight. With plenty of space and areas to rest, it had great conditions to catch a moment to rest on a long shift.

“It has two bunks behind the flight deck above the front galley for the pilots and six large bunks access via the rear galley above the rear of the Economy cabin.”

These rest areas will undoubtedly be valued by pilots after such long stretches across the skies. The need for pilots to refuel is also important for flight operations. However, there have been some complications regarding this process in recent years.

There were two different A350 operators that suffered engine shutdowns after spillage of coffee on the engine master switches. Chris highlights that this was a coincidence, but Airbus immediately banned all liquids in the flight deck without special drinking containers and a plastic protective guard over the mater switches.

Since then, a modification has been made on all new A350s and on Virgin Atlantic’s first four A350s. Nonetheless, the airline has kept the liquid restriction in place despite it being lifted by Airbus. Whatever the stipulations are regarding liquids, it’s always important to stay hydrated while on the aircraft.

Making the most out of the travels

There is also the chance to get some good food in when stopping over between flights. For destinations under 9.5 hours from Virgin’s home base, pilots only have 24 hours off. However, Chris says that a lot can be done in this period.

“On longer flights, or destinations where we don’t have daily flights, we take advantage of this time to really get to know these places,” Chris shares.

“Before the 2020 lockdown, I took my daughter with me to Tel Aviv where we did two different tours. There wasn’t much we didn’t see, and it gave us plenty of ideas what to visit next time.”

Offerings and responses may differ

Across the industry, crew members may not be as impressed with the inflight meals as Captain Chris. So, pilots often bring their own food on board. Regardless, flight attendants can heat the food in the oven for them so that they can still enjoy a hot meal while in the air. Moreover, those on shorter routes often bring snacks on the aircraft to maintain their energy levels.

Altogether, different carriers have different options for their crew members on services across the globe. However, Chris is evidently satisfied with his offerings when flying with Virgin Atlantic.

Keep an eye out for our future articles following our talk with Captain Chris in the weeks to come. We will be covering several technical aspects of the aircraft and flight operations, along with how pilots are adapting to the current conditions in the industry. To keep track of his flight activity across the skies, and to find out more about pilot operations, follow @CaptainChris on Instagram.

What are your thoughts about what pilots eat when on an aircraft? Do you have any of your own experiences to share when it comes to inflight meals? Also, has your encounter been different when working for different airlines? Let us know what you think of the on board options in the comment section. 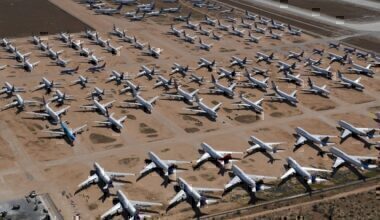 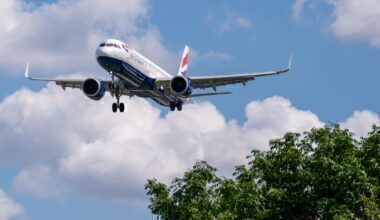 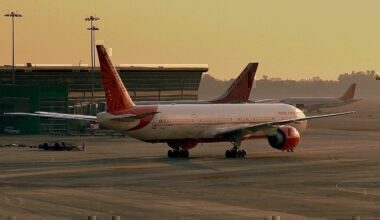 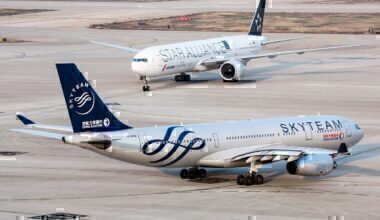