What Happens When A Plane Is Hit By Lightning?

No one enjoys flying in bad weather. However, lightning strikes to aircraft are much more common than one might think. And yet, no planes are dropping from the sky in electrical outages. So what exactly happens when an aircraft is hit by lightning?

Planes all over the world get struck by lightning almost daily. An airplane in commercial service is hit by heavenly jolts of energy on average once per year. However, the frequency by which a specific airplane will get hit depends on several factors.

These include how many take-offs and landings the aircraft performs, as lightning activity is more prevalent between 5,000 and 15,000 feet. It is also dependant on geographical factors. For example, it is much more common around the equator than in the Nordics and Florida vs. the West Coast of the US.

While some travelers may feel that this would be an unpleasant experience, modern jetliners are designed to cope with lightning strikes. They go through specific lightning tests to make sure they can withstand hits as part of their certification. Most incidents are over in, well, a flash.

Aluminum leads current. Lightning will usually hit a protruding part of the plane, such as the nose or the tip of the wing. The aircraft then flies through the lightning flash, which travels along the body, having chosen the path of least resistance. The fuselage acts like a Faraday cage, protecting the inside of the plane while the voltage moves along the outside of the container.

Of course, these days, there are many aircraft in the skies that are constructed from a mix of composite parts and metal. For example, the Boeing 787 Dreamliner is 50% composite by weight, including the fuselage itself. Airbus’ A350 XWB’s airframe is made out of 53% composites.

Composite materials, such as carbon fiber laminate, do not conduct electricity as well as metal. Therefore, composite parts that are located in lightning-strike prone areas must be fitted with additional lighting protections. These consist of an embedded layer of conductive fibers, such as mesh constructed from copper foil, to direct the current.

The lightning exits another extremity of the aircraft, such as the tip of the tail. It will then continue to the opposite polarity in the cloud structure. However, if it cannot find an opposite polarity, it will hit a point on earth instead.

If the aircraft becomes part of the cloud-to-ground lightning event in this way, passengers and crew may see a flash and hear a loud bang. According to a Boeing essay on lightning strike maintenance best practices, pilots have occasionally reported a temporary flickering of the lights or brief instrument interference on such occasions.

The protection of the plane’s metal skin mostly extends to the delicate electrical wiring. However, the current from the lightning can sometimes cause what is known as “indirect lightning effects,” where equipment beneath the skin is subjected to transients.

Therefore, every circuitry and equipment essential to the safe flight and landing of the plane must have specific protection in the form of shielding, grounding, and surge suppression.

Meanwhile, Boeing also says that a strike of unusually high intensity has the potential to damage components such as electrically controlled fuel valves, generators, power feeders, and electrical distribution systems.

No fueling the flames

When dealing with any form of a spark, flammable substances such as fuel need to be heavily protected. The construction around aircraft fuel tanks must be thick enough to withstand a burn through from the lightning. All vents, access doors, and caps must adhere to lighting protection certification standards.

These were raised after the last severe lightning strike accident happened when a Pan Am Boeing 707 exploded in flight after vapors in the fuel tank ignited. New fuels with less hazardous vapors have also become the norm.

If a plane is struck by lightning, the pilots check all the systems to ensure everything is functioning as it should. If there is an issue, the aircraft should land at the nearest airport. Preferably not getting struck again before touching down.

However, even if the flight does continue to its destination seemingly unscathed, maintenance crew will examine it thoroughly for damages upon arrival. Small holes, no larger than a centimeter, may have appeared at the points where the current entered and exited the fuselage.

Only eight out of 3,000 incidents accounted for by lightning

Most lightning strikes are benign, and only very rarely cause for major concern. According to an article by Interesting Engineering from 2019, out of 3,000 aircraft incidents since 2000, only eight of them were caused by lightning.

In August last year, an Air New Zealand Airbus A320 on its way to Queenstown diverted to Christchurch after being hit by lightning shortly after take-off from Auckland. In March 2019, an Emirates A380 was stranded in Munich after it was struck by multiple lightning strikes while coming in for landing.

The risk to individual safety from lightning strikes seems to be higher to individuals on the outside of the plane than those on the inside. A Vietnam Airlines maintenance worker tragically died in September when he was struck by a bolt while checking on one of the carrier’s aircraft’s wing during stormy weather.

Planes can even trigger lightning

So there you have it, lightning strikes to planes are very common occurrences. Every single modern jetliner has been tested and certified and is well-equipped to cope with such events.

According to Scientific American, planes can even trigger lightning when flying through a heavily charged part of a cloud. The bolt will then originate at the aircraft and shoot off in opposite directions.

While lightning in and of itself, with all the precautionary measures for the planes’ wiring and circuitry, is rarely a severe issue, flying above, under, or through stormclouds is prohibited due to the risk of heavy turbulence.

Have you ever flown through bad weather? Tell us about your experience in the comments. 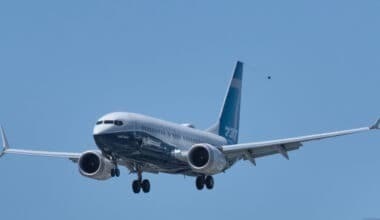 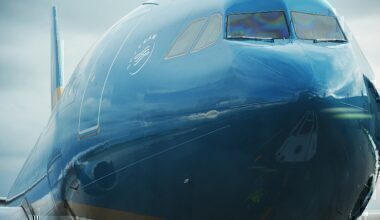 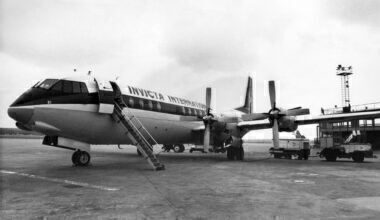 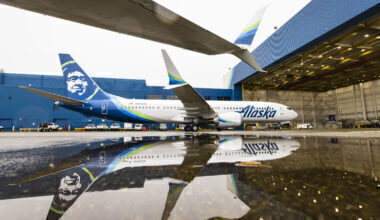