What Is An APU?

You may have noticed the hole in the tail of most aircraft. It’s probably no surprise to know that it’s an exhaust outlet. But this is nothing to do with the main engines. It is for a second, much smaller, turbine engine that all commercial jets have. This auxiliary power unit (APU) provides important electric power for aircraft systems and bleed air to start the main engines.

All large commercial aircraft have an auxiliary power unit onboard, usually located in the tail of the aircraft (although some regional jets vents to the side). This is a small turbine engine, essentially the same design and operation as the main aircraft engines but on a smaller scale. However, unlike the main engines, the APU does not provide thrust (hence it would be wrong to call it a jet engine). Instead, it powers an electric generator and provides air pressure.

Why have this extra engine when you already have two or four much larger ones? The APU has several functions related to safety, convenience, and economy.

Providing power on the ground

The first and most straightforward use of the APU is to provide power when on the ground. It can be run when engines are shut down, and when boarding before the engines are started. The APU will run a generator that provides electrical power for the cockpit and cabin systems. It will also produce pneumatic pressure to operate the cabin air conditioning systems.

This could also be achieved by running the main engines, but at a higher cost and wear to the engines. It could also be provided by an external supply, but having your own power supply is much more convenient.

Starting the APU is a simple procedure. Power from a battery will start the engine motor spinning. Fuel is added, and the engine starts quickly. This video shows a great sequence of how an APU is started on a Boeing 767.

The other main function of the APU is to start the main engines. As with ground power, this could also be achieved using a ground-based supply.

Just as the APU is started using battery power to turn the blades, the blades of the main engines must be turning before they can be started. This is achieved using bleed air (essentially high-pressure exhaust) from the APU turbine. This will generate sufficient airflow through the main engine to allow the fuel and air mixture to be ignited and start the engine. If the engine was started without airflow, it could be damaged by overheating.

Pressure then builds up to further spin the engine and, once it reaches its idle power speed, the supply from the APU is removed. The other engines are then started, using either the APU or high-pressure air from the already started engine. This is known as ‘cross bleed’ and is also a technique used for re-starting a failed engine.

Using the APU in flight

The APU can also be used in-flight, although it usually is inactive for the flight duration. In the event of engine failure, it can be used for either electrical power or bleed air to re-start the engines. The landing of US Airways Flight 1549 in the Hudson River is one such example. Although the engines were not re-started, the APU was used to provide electrical power and was later cited as critical to the outcome.

Why locate it in the tail?

It may seem strange to locate the APU in the aircraft tail, far from the main engines. But it makes sense to keep it away from ground crew and operations (as it usually operates on the ground). And it frees vital space for cargo and fuel in other parts of the aircraft. Air supplied from the APU to the engines is at very high pressure, so traveling the distance to the engines has minimal effect.

In use since the First World War

APUs have been around for decades, although use has increased significantly with modern jet aircraft. Many military aircraft in the First and Second World Wars (including the British Supermarine Nighthawk in the First World War, the B-29 Superfortress of the Second World War, and later German Junkers aircraft) had forms of APU.

Some of the earliest jet aircraft did not have APUs, though. The Boeing 707, for example (widely regarded as the first highly successful aircraft of the jet age), did not initially have one, although some were later fitted with them. The 727 that followed it was built with an APU, located in the main landing gear bay, not the aircraft tail. This was added to help increase the locations where the 727 could operate.

And Concorde, one of the most famous and powerful jet aircraft, did not have one. It was designed to be as light as possible and operated to well-equipped airports where it could rely on ground power sources.

Would you like to share any details about aircraft engines or the use or development of the APU? It’s not a topic that comes up regularly, so feel free to share your comments below. 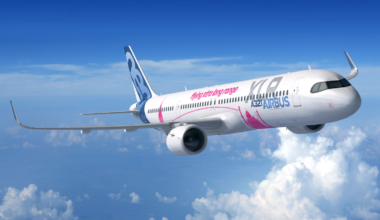 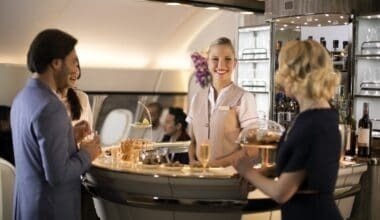 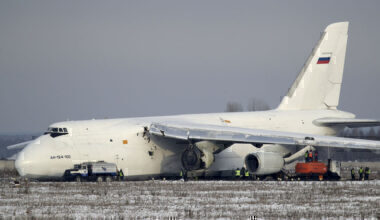 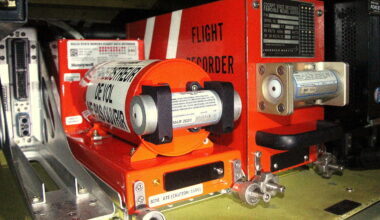