What Is Reverse Thrust?

Reverse thrust, also known as thrust reversal, involves diverting the thrust of an aircraft’s engines to decelerate the plane. When reverse thrust is active, it changes the direction of airflow emanating from the engine to help slow the aircraft down.

How does reverse thrust work?

When an aircraft is in operation, its engines provide forward thrust by blasting out air in the opposite direction to the plane’s travel direction. With enough thrust, the aircraft generates lift, which allows it to take off and remain airborne. Reverse thrust does exactly what its name would suggest – reversing the direction of airflow to provide an opposing, decelerating force on the plane’s direction of travel.

Whereas regular thrust works at a 180-degree angle to propel the plane forward, reverse thrust doesn’t provide force in the exact opposite direction for aerodynamic reasons (except in small aircraft). Reverse thrust mechanisms usually provide a decelerating force at an angle of 45 degrees on commercial jet aircraft. While this reduces effectiveness, it still creates enough drag to decelerate the plane significantly.

Some commercial jet planes have a target reverser installed inside the engine that uses bucket doors to provide thrust reversal. Hydraulic actuators shift the bucket doors to redirect airflow at a forward angle. This mechanism is most commonly found on planes with low bypass ratio turbofan engines.

On planes with high bypass ratio engines, a cascade reverser is installed. This system, also known as the clam-shell door system, involves blocking doors installed adjacent to openings near the fan cowl’s aft edge. These blocking doors obstruct the normal flow of air and redirect it out of the openings at a sideward angle.

Another reverse thrust type found in modern planes is the cold stream system. This involves redirecting bypass airflow using doors installed in the bypass duct. The doors, activated by an air motor, block the cold stream final nozzle and push airflow forward out of cascade vanes. Sleeves installed around the engine nacelle move aft to activate the cascade vanes.

The use of reverse thrust is primarily for decelerating the plane upon landing. Reversing air exhaustion helps to slow the aircraft down after landing, providing pilots with more control during the landing and braking process. It can also be life-saving during emergencies such as rejected takeoffs when maximum braking force is required.

Under normal conditions, reverse thrust usually isn’t necessary after landing as the plane’s braking system will suffice. However, in adverse conditions such as rain and snow, reverse thrust can be crucial as brakes are much less effective.

If you have heard your plane’s engines rev up after touching down, this is to generate additional drag through thrust reversal systems. Perhaps counterintuitively, reverse thrust is rarely used to reverse an aircraft from the gate. It can create debris and suck objects into the engine, so aircraft instead rely on a tug truck to back up from the gate. 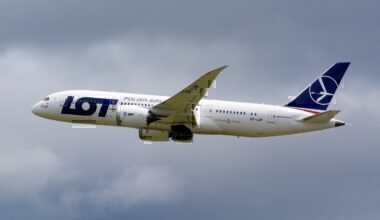 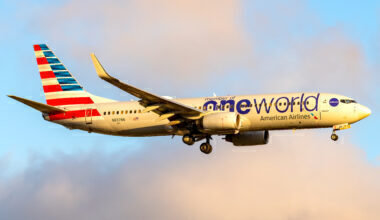