Northern Ireland’s Regional Turboprop: What Was The Short 360?

Northern Ireland is no stranger to regional aircraft. Much of its air traffic sees small regional jets and turboprops ferrying passengers to and from the British mainland. However, did you know that the country has produced its own regional turboprops?

Northern Irish aircraft manufacturer Short Brothers has a history of producing small, commuter-style turboprop aircraft. The 1960s saw the company introduce its SC.7 ‘Skyvan.’ This 19-seat aircraft, which received the nickname ‘The Flying Shoebox,’ eventually became better suited to short-haul cargo missions, and has also been used for skydiving.

Moving into the 1970s, Short produced a larger development of the Skyvan known as the Short 330. This 30-seat turboprop was designed with US regulations for commuter airlines in mind, and, unusually, its fuel tanks were located above the passenger cabin.

However, as the market for such aircraft developed, Short identified the potential to make its planes larger still. This resulted in the design and production of the Short 360, which offered operators greater capacity, albeit with a slightly shorter range. It made its first flight in June 1981, and entered service the following November in the US.

The Short 360 could seat 36 passengers, compared to the 30 that its predecessor, the Short 330, accommodated. This came about due to its increased length. Specifically, it measured 21.58 meters long, compared to just 17.69 in the case of the 330. Their wingspans were close to identical, with the 360’s just being wider at 22.81 meters compared to 22.76 for the 330. Correspondingly, their wings both had an area of around 42.1 square meters

The 360 was also considerably taller than its predecessor, clocking in at 7.21 meters in height. Meanwhile, the 330’s highest point was a mere 4.95 meters above the ground. In terms of performance, the 360 was faster than the 330, but with a slightly shorter range.

Did you know about the Short 360? Perhaps you’ve even flown on one before? Let us know your thoughts and experiences in the comments! 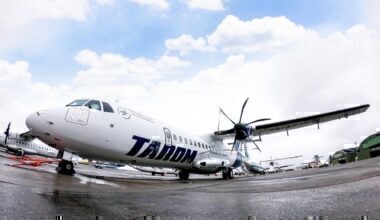 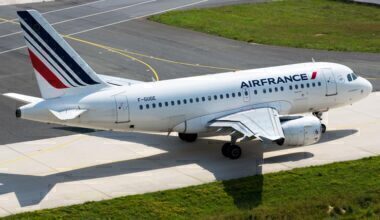 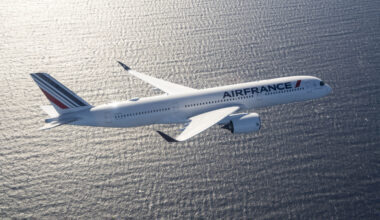