Why Aren’t The Boeing 737’s Main Wheels Covered In Flight?

If you look at the underside of the Boeing 737 shortly after takeoff or in flight, you will see that the main landing gear wheels sit exposed after folding into their housing. On most other aircraft, it is covered by closing doors. This has been the case since the first 737 was introduced, and it is because of the limited space under the aircraft when on the ground.

Keeping the aircraft low to the ground

This related to a design issue that dates back to the first 737-100, introduced in 1968. The aircraft was designed to be low to the ground. This was a choice to make the 737 more usable at smaller, regional, or remote airports.

Such airports were unlikely to have air bridge facilities or baggage loading systems. Keeping the aircraft lower to the ground would make it much easier to load passengers and cargo and also to service and fuel the aircraft with limited equipment.

This was a key market that Boeing wanted to capture with the 737, so the trade-offs of a lower fuselage were worth it. Boeing went further later with modifications to land on gravel runways in remote regions. From 1969, Boeing made an optional Unpaved Strip Kit available for their 737-100 and 737-200 series aircraft.

No space for landing gear doors

But with the fuselage kept lower to the ground, there was no room for landing gear doors. These require extra clearance when operated and could come into contact with the ground. Of course, they could be designed to close before landing, after the wheels had been extended. But what if this failed, and the doors remained open, or they were deployed on the ground? This would be an unnecessary safety risk, so they were not added.

Removing the doors, though, was not necessarily a bad thing. It is one less mechanical item to be repaired and maintained. And it reduced the overall weight of the aircraft and freed up vital space in the belly of the aircraft.

With the wheels exposed, though, some other changes were needed. The wheels have smooth hub cabs on the external-facing side, which aids aircraft aerodynamics. There is also a rubber seal around the fuselage opening. This helps prevent any objects, or water, entering the landing gear enclosure.

Look at the engines as well

The landing gear was not the only area of the 737 that needed alterations for a lower fuselage. The engine housings on many of the engines used on the 737 are flat, as opposed to circular as on most other aircraft.

This again dates back to the original design of the aircraft. It was designed low to the ground but also had its engines placed under the wing. This was different from many of the competing aircraft at the time, where engines were tail-mounted. Boeing considered this for the 737, but preferred wing mounting. It enabled an increase in the fuselage width and made the engines more accessible for maintenance.

Bigger engines came quickly, though, to accommodate larger turbines and fans. These would not fit in the limited underwing space of the 737, and the solution was to flatten the bottom of the engine housing. The design soon became known as the ‘hamster pouch’ design.

Similar landing gear on some Embraer and COMAC aircraft

The 737 is alone amongst the main Boeing and Airbus aircraft for this wheel storage. But if you take a look at the Embraer ERJ145 and the Embraer E-Jet aircraft, you will see the same system. The Chinese built COMAC ARJ21 also has the same.

Have you noticed the landing gear on the 737 or any other aircraft type? Feel free to share your experiences or thoughts in the comments section. 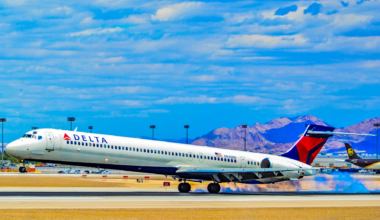 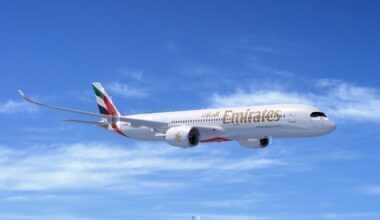 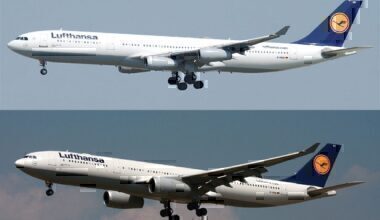