Why Did Airbus Build The A340?

Production of the four-engine Airbus A340 aircraft ended in 2011, and many airlines are now retiring much of their fleet. The A340 was designed to get around restrictions on twin-engine operations at the time. But with improvements in this, airlines now only want quadjets where the extra power (and operating cost) is justified by higher capacity.

The development of the A340 dates back to the mid-1970s when Airbus was looking to improve its A300 aircraft. This was Airbus’s first aircraft and the first widebody twin-engine aircraft on the market.

Airbus faced a challenge, with some customers wanting to stick with a twin-engine aircraft, but others preferring the option of a four-engine widebody aircraft (quadjet). This would be less efficient, but allow more flexible operation of long haul flights. The solution was to develop both. Airbus designed the four-engine A340 alongside the twin-engine A330.

Speaking about the choice to develop both aircraft, Airbus vice president for strategic planning, Adam Brown, explained his views in reporting by FlightGlobal. He said:

“There was much internal debate whether to go with the big twin or the quad… North American operators were clearly in favor of a twin, while the Asians wanted a quad. In Europe, opinion was split between the two.

“The majority of potential customers were in favor of a quad despite the fact, in certain conditions, it is more costly to operate than a twin -they liked that it could be ferried with one engine out, and could ‘fly anywhere’ – remember ETOPS hadn’t begun then.”

Developing the two aircraft together made a lot of sense at the time. They shared much in common, reducing development cost, and it gave airline customers the choice of which model worked best for them. The two aircraft have the same basic fuselage and wing design and share many structural components and systems, as well as the cockpit.

The main differences between the A330 and A340 are, of course, in the two or four-engine setup. The A340 also has a larger wing and an additional middle main landing gear. The extra landing gear helps in increasing the loads (fuel, cargo, or passengers) that the aircraft can carry, and also lessens the impact on the runway surface. Many other heavy aircraft use two gears, but increase the number of wheels to spread the load.

Simple Flying took a look at the two aircraft previously, and compared passenger capacity and range. While the A340 offers higher capacity variants, and can more easily offer a three-class cabin, there are variants of each aircraft that come close in operating characteristics. The full family range can be summarised as:

Getting around ETOPS regulations

The main focus of the A340 was not to offer significantly higher passenger capacity. Airbus would, of course, do this later with the A380. The A340 was designed to allow for long haul overwater flights, at a time when twin-engine aircraft were restricted in this.

At the time of the launch of the A330 and A340, restrictions on twin-engine operations were much stricter than they are now. Since the 1980s, these have been set for each aircraft type using ETOPS (Extended-range Twin-engine Operational Performance Standards). The first rating was given, in 1985, to Trans World Airlines flying a 767, with a rating of 120 minutes.  This means it could fly no more than 120 minutes flying time away from the nearest airport suitable for an emergency landing.

With four engines, of course, the A340 was exempt from these ETOPS regulations. This gave airlines the choice of the A330 or A340, depending on their planned operations and fleet size.

Since the launch of the A340, twin-engine aircraft performance and safety have continually improved. The A330neo now carries an ETOPS rating of 285 minutes. Newer aircraft have even higher ratings. The A350, for example, is rated to fly 370 minutes from a diversion airport.

This improvement has reduced the demand for four-engine aircraft. It may still make sense for larger and heavier airframes, but not so much for smaller aircraft like the A340.

Falling out of favor

The A340 was not an unsuccessful aircraft. It served a purpose at the time, but the situation has changed since then. You just have to look at future development to see this. The A340 ended production in 2011 and has been replaced by Airbus with the twin-engine A350. Its partner aircraft, the A330, continues in production with the new, more fuel-efficient, A330neo aircraft.

There are no airlines still operating the A340 in North America. It has remained popular though with several European airlines, but many are now retiring their fleets. Lufthansa was the largest remaining operator until the slowdown in aviation in 2020 led to it sending its fleet of 16 A340-600 aircraft into storage, with an uncertain future. Virgin Atlantic retired its last A340 in April 2020, having operated a fleet of up to 29 A340s since 1993.

What do you think of the Airbus A340 aircraft? It may be on its way into retirement now, but it has been a popular aircraft with many people. Let us know in the comments. 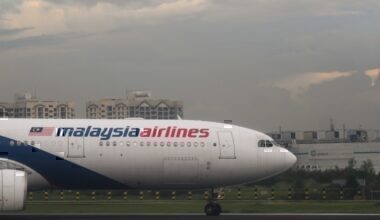 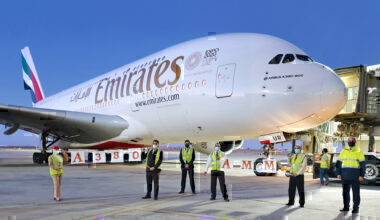 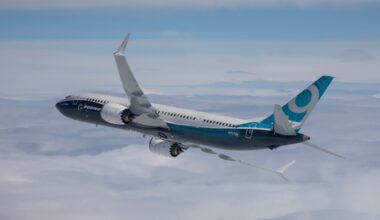 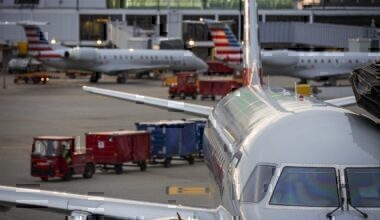