The Coronavirus Aid, Relief, and Economic Security Act (CARES Act) gave a lifeline to tens of thousands of airline staff members across the United States. The deal ensured that employees wouldn’t be furloughed until at least October 1st. However, when the bill was introduced in March, not many people would have expected the global health crisis to be still taking the world by storm in such a way. With the aviation industry still shaken, should the government provide additional support?

A new Senate Republican coronavirus spending package proposal shared this week does not involve financial aid for carriers. There is also no mention of airport aid. However, the freshly proposed package fell short of the 60 votes needed for it to go ahead. The previous deal covered $25 billion for carriers to cover payroll and $10 billion in airport assistance.

Nonetheless, politicians in Washington D.C. have been debating about how to handle best the support for the airline industry after the end of this month. It could be detrimental not only for companies but for a considerable amount of workers across the country.

There could be overwhelming circumstances by even taking only one operator such as American Airlines into account. Approximately 17,000 employees of this single carrier could lose their jobs if there isn’t any further support.

Along with the tens of thousands of potential job losses across airlines, there are also thousands of possible risks when it comes to the staff at airports. Additionally, countless indirect jobs could be impacted in other connected industries such as hospitality and tourism. Unions representing flight attendants have been preparing to march outside the US capital this week to call for relief after this month.

President Donald Trump has previously shared that there are possibilities of support to the aviation market without congressional intervention. However, officials are yet to confirm how this would be actioned.

The backing is vital

According to Dallas Business Journal, Southwest Airlines chairman and CEO Gary Kelly believes that the government’s “CARES Act II” will include plans for airlines. The businessman feels that by not continuing the financial support, then a large part of the substantial amount of money already spent would go to waste. Ultimately, he thinks that the airline industry could not have overcome this year’s challenges if it was not for the federal aid.

“To me, the logic is really simple. The whole idea was to preserve the infrastructure and the jobs to get through this trough. And I think that that was a good idea. I think the only mistake was everyone underestimated how long that trough is going to take. If they don’t follow through and extend it through March, all the money that’s been spent is going to be wasted because you’re going to see a ton of layoffs and airlines shrinking,” Kelly said, as reported by Dallas Business Journal.

“I don’t think there’s any question that the airline industry would have collapsed absent the support. Southwest? Maybe not. But the airline industry could not have survived this. So, that’s the judgement to make. Do you now let them collapse, or do you keep them alive for another six months, believing that that’s going to be a good investment?”

Efforts across the board

Regardless, whatever the outcome is for future governmental support, airlines must also be proactive in their approach. There can be damage limitation if carriers communicate closely with their employees. For instance, yesterday, United Airlines reached a tentative agreement with its pilots unions to avoid furloughing just under 3,000 crew members from the beginning of next month.

Nonetheless, even if there can be reductions in the number of job losses, there would still be a considerable amount of cuts throughout the industry. Until an approved COVID-19 vaccine is in circulation, there will be significant restrictions.

Strict travel policies are currently contributing to the bulk of the lack of flight activity. 14-day quarantines, flight suspensions, and even full border closures are limiting opportunities for people to hit the skies.

Additionally, the general public concern over the virus is also deterring passengers from traveling. Authorities are expected to be able to get on top of the pandemic after a vaccine is introduced. So, until then, recovery in the market could be stagnant.

There is hope for next year

Many healthcare professionals are predicting that the initial phases of an approved vaccine’s introduction could be ready by the start of 2021. Therefore, it could prove to be vital if carriers were given additional financial support through to the end of the first quarter of next year. By the time the next furlough prevention program is over, several segments of society would be ready to hit the skies again.

Altogether, if airlines don’t receive extra financial support going forward, then there should be revisions to travel policies. For instance, key international services have been rocked for over six months due to travel bans.

Since March, the US has not allowed general travelers in from the likes of the European Union, which several airlines heavily catered to in previous years. Alternative measures such PCR testing, robust airport checks, and even quarantine measures could save the jobs of workers that previously worked on these services.

It’s evident that US operators are taking safety seriously in the current conditions. They have heavily invested in extra cleaning procedures. Meanwhile, they are enforcing strict policies to reduce the prospect of spreading the virus while traveling. So, they can be trusted to represent the government’s goal of mitigating risk during these challenging times.

Altogether, even if it isn’t the same terms as the CARES Act, a level of financial aid would go a long way amid the present situation. It could be detrimental for the aviation industry if there isn’t any extra cover heading into 2021.

What are your thoughts about US airlines receiving aid from the government? Do you feel that more support should be given after this month? Let us know what you think of the situation in the comment section. 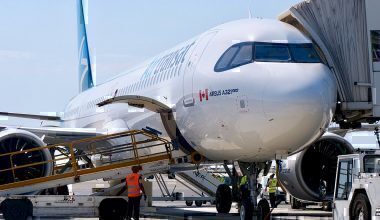 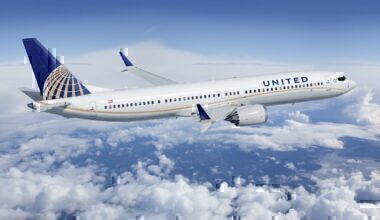 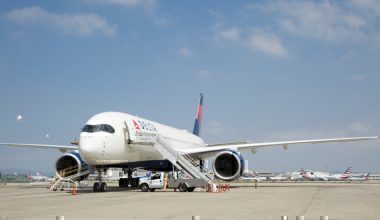 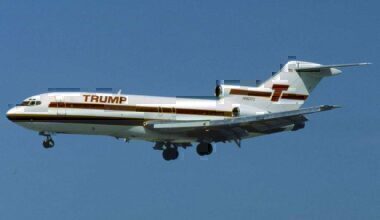