The Fleet Of Norwegian Regional Carrier Widerøe In 2021

While Norwegian regional airline Widerøe doesn’t fly as far afield as flag carrier SAS, it plays a vital role in keeping the country’s more remote communities connected. Operating a variety of regional aircraft, it serves destinations throughout Norway, as well as international routes. The airline also has big plans for its future fleet in terms of sustainability.

As Simple Flying recently explored, Widerøe has been shaping regional air connectivity in Norway for almost nine decades. Today, it does so using a fleet that, according to data from ch-aviation.com, presently consists of 44 planes. Of these, 40 aircraft are examples of the Dash 8 turboprop family, of which Widerøe flies several different variants.

The most common Dash 8 variant at Widerøe is the 8-100. The airline flies 20 of these 39-seat turboprops, of which 18 are active. These are its oldest planes, clocking in at 28 years old on average. It also flies three examples of the 8-Q100, which features noise reduction technology. Two of these are active, and they have an average age of 21.8 years old.

While Widerøe’s bread and butter services are turboprop-operated regional hops, it has recently diversified its fleet. Indeed, it now flies three examples of the Embraer E190-E2 jet, with which it serves destinations as far afield as Alicante, Spain. These twinjets are just 3.5 years old on average, making them comfortably the airline’s youngest aircraft.

Widerøe received these next-generation regional jets in 2018. They each seat 110 passengers in a four-abreast, all-economy configuration. Although they serve international destinations like Alicante and London, the E2s can still also be found on Widerøe’s domestic hops, particularly on longer routes serving the likes of Tromsø in the far north of the country.

Returning to turboprops, the Dash 8 isn’t the only family of this type of aircraft that Widerøe currently flies. Indeed, its fleet also includes a single example of the French-Italian ATR 72-500. The Norwegian regional carrier is operating this 70-seater on a lease from Nordic Regional Airlines (NoRRA), a carrier owned by Finnair and Danish Air Transport (DAT).

Registered as OH-ATO, this 10-year-old plane entered service with NoRRA in November 2011. According to data from RadarBox.com, it has been flying for Widerøe for two weeks, having operated its first flight for the Norwegian regional carrier on November 7th this year. Seemingly based out of Bergen, it has been serving various domestic routes.

What do you make of Widerøe’s fleet? Have you ever flown with the Norwegian regional carrier? Let us know your thoughts and experiences in the comments! 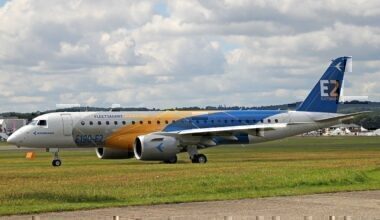 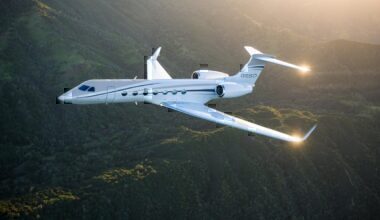