The Life Of Wiley Post: The First Person To Fly Solo Around The World

Wiley Hardeman Post was born in Corinth, which is now a ghost town in Van Zandt County, Texas, on November 22nd, 1898. The United States aviation pioneer would settle in Oklahoma at a young age before engaging in a thrilling career that saw him break records across the world. Let’s take a look at the groundbreaking journey of the aviator.

After struggling to find his feet academically, Post would come face to face with the world of flight in 1913. That year, he visited a local fair hosting an aeronautical exhibition featuring a Curtiss plane, which was one of the first mass-produced aircraft in the world. Subsequently, the teenager became fascinated about manned flight, and he soon enrolled in an aviation school in Kansas City, Missouri.

This school also helped him out with his wider education as he soon became more than comfortable with science and math, two subjects that would help him with his later career. According to HISTORY, The Great War saw Post begin advanced training for the predecessor of the US Air Force. However, the war ended before he could start serving.

Stuck in a rut after returning to Oklahoma, he was eventually arrested in 1921 for robbery. He spent a year locked up before returning to the aviation scene. Working part-time with a traveling aviation group on the barnstorming circuit, he became a parachutist before converting to a pilot.

Sadly, Post injured his left eye during an oil rig accident in October 1926. A piece of metal pierced the eye, subsequently blinding him on that side.

Despite the notable handicap, Post did not let the accident deter him from his ambitions. He used the insurance money from the incident to purchase his first place. He also became a personal pilot for rich oilman F.C. Hall. The fellow Oklahoman had let Post use his Lockheed Vega in a series of races.

This aircraft, which was nicknamed Winnie Mae, after the oilman’s daughter, was entered into the 1930 National Air Race Derby. Post won this race with the fastest flight time ever recorded between Los Angeles, California and Chicago, Illinois.

The following year, the airman and his navigator, Harold Gatty would achieve even greater heights. They shattered the record for the fastest around-the-world flight. This record was previously held by a German zeppelin. The pair covered over 15,400 miles in only eight days, 15 hours, and 51 minutes. This time was more than half the record of the Zeppelin.

Even though this feat was a record-breaker, it would be the 1933 trip around the world that would leave an even bigger mark. By himself, Post smashed his around-the-world record with a time of seven days, eighteen hours, and forty-nine minutes.

Even the legendary Howard Hughes praised the accolade in July 1938 when he and his team successfully circled the globe in a Lockheed Super Electra. Hughes highlighted that Post’s trip was the most remarkable in history as he did it alone. He also didn’t have the advanced radio and navigation gear that subsequent attempters had.

Post began looking into the prospects of high-altitude, long-distance aviation in 1934. However, the cabin of the Winnie Mae was not pressurized. Therefore, he consulted the B.F Goodrich Company to help him develop the first pressured flight suit in the world. The pilot understood the requirements notably well, and carefully planned the approach.

“The main objective of high altitude flights is to increase the speed of travel. It is to develop practical methods of flying as at high as 50,000 feet, where the atmospheric pressure is only two pounds a square inch. [I have] prepared a plane and special equipment. To fly at extreme altitudes you first must have oxygen and on top of that pressure to force it into your lungs and to keep down the tendency to bleed over the entire body,” Post said in Popular Mechanics magazine.

“My idea is to employ a suit, something like a diver’s outfit, which the pilot can wear, and which can be blown up with air or oxygen to the required pressure. Such a suit does not weigh much and is flexible enough to permit normal handling of controls.”

Despite several attempts in 1935, Post couldn’t set solo high-altitude transcontinental speed records. Nonetheless, there was a significant endeavor on March 15th of that year. Adopting his new flight suit, he flew the Winnie Mae at an altitude of over 30,000 feet. The plane was now fitted with a supercharger and jettisonable landing gear and took off from Burbank, California to head to Cleveland, Ohio.

This aircraft traveled a distance of 2,035 miles in seven hours and 19 minutes. Moreover, the plane reached a ground speed of 340 mph at times during the trip. Altogether, the flight demonstrated that there could be a considerable increase in speed by flying at high altitudes.

The ambitious flight operations of Post would come to a tragic end in August 1935. He joined fellow Oklahoman, humorist Will Rogers on a flying tour of Alaska and Siberia. Post was operating a hybrid plane made up of a Lockheed Orion and a Lockheed Explorer. This unit was backed by a 550-hp Pratt & Whitney Wasp engine, and equipped with floats that were reportedly poorly suited for the concoction. As a result, the tour ended with the passing of Post and his associate.

“On August 15, they left Fairbanks, Alaska, bound for Point Barrow. Flying in fog Post got lost and was forced to land in a lagoon and get his bearings,” shares the Smithsonian National Air and Space Museum, which also holds Post’s pressurized flight suit.

“When they took off again, the engine failed and the aircraft plunged to the ground. Both men were killed instantly.”

Post was just 36 when he died. The news was met with grief across the globe. Post is buried in Memorial Park Cemetery in Oklahoma City and among his distinguished mourners were celebrated aviation figures such as Amelia Earhart, along with high-ranking political names. This factor highlights the impact that the aviator had on the world.

What are your thoughts about the legacy of Wiley Post? What do you make of his groundbreaking achievements? Let us know what you think of the aviator and his flight activity in the comment section. 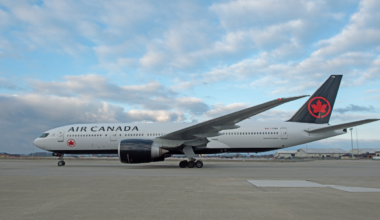 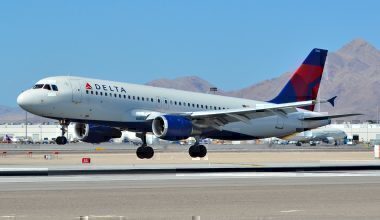 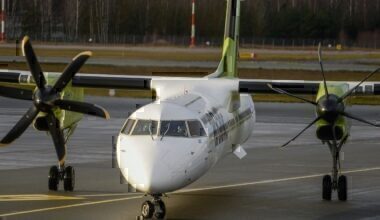