2021 has been a rollercoaster for Boeing. The earlier part of the US planemaker’s year was full of optimism as its 737 MAX was recertified in many key markets around the world. However, this positivity was dampened by issues surrounding its 787 program- a situation that continues to plague the company as deliveries remain suspended. Less pressing but still significant is the drive to get the 777X into service. Having lost notable loyal customers to Airbus recently, will 2022 be the year Boeing makes a comeback?

The 737 MAX’s re-entry into service for many carriers around the world was massive for Boeing in 2021. The word “win” might be too generous given the background of the situation, but it was certainly a much-needed story of recovery and redemption.

This story began in 2020, with FAA recertification taking place in late November. Moving into 2021, Transport Canada, EASA, and the UK’s CAA (among others) all gave the green light for the narrowbody Boeing to once again fly passengers. South Korea eventually joined the list of countries, as did India, paving the way for a large order from startup Indian carrier Akasa Air during November’s Dubai Airshow.

With any luck, the momentum surrounding the 737 MAX’s return to service will carry on into 2022. With airlines from various corners of the world having safely operated the type for the better part of a year, the 737 MAX is earning back its reputation as a safe and efficient aircraft to operate. This could lead to more orders, but at the very least, it will result in a ramp-up in production to meet the dozens of orders placed in 2021.

At the same time, 2022 should see China officially recertify the MAX. It was less than a month ago that the country’s aviation regulator issued a directive that paves the way for the type’s return.

“After conducting sufficient assessment, CAAC considers the corrective actions are adequate to address this unsafe condition,” -Civil Aviation Administration of China via Reuters

While Boeing waits for China to recertify in-production variants of its narrowbody jet, the planemaker is also working towards getting the smaller 737 MAX 7 certified in 2022. This will be key for major Boeing customer Southwest, which has signed on for hundreds of the smallest 737 variant.

2022 will also be a critical year for the 737 MAX 10. Despite an ongoing spat with Ryanair regarding pricing for the largest 737 variant, key progress was made in 2021 in terms of testing- something that should continue throughout the year, with certification following closely behind it.

Deliveries of the 787 must return

With the 737 MAX program back on its feet, Boeing’s 787 program requires the most attention going into 2022. According to Boeing’s unfilled orders report, the company has a backlog of nearly 500 jets. Some of these orders aren’t scheduled until further into the future. However, some airlines were expecting their Dreamliners months ago, and have had to adjust their flight schedules accordingly.

In April 2020, American Airlines had commitments for 46 Boeing 787s. A year later, in April 2021, American Airlines planned to take delivery of 12 new Boeing 787-8 aircraft by the end of the year. However, pauses on Dreamliner production meant that American only expected to receive three 787s in 2021, with the bulk of the remainder moving to 2022. While the airline did take one Boeing 787 when deliveries briefly resumed in the spring, it has already warned that delivery delays were forcing it to pull down its schedules.

On the surface, it would appear that progress is being made in terms of working out flaws and issues with the 787 and its production process. Hopefully, this means that sometime in 2022 Boeing can resume delivery of its long-range widebody.

Previously scheduled to enter service in the summer of 2020, Boeing’s management has since shared that certification of the 777X may not occur until late 2023. Given the complications of the global health crisis, much of the delay is understandable.

Despite market changes and delays, Boeing notes that the program’s progress is going well. Adding to the optimism is the fact that test flights have been conducted over the last year, with the jet making a long-haul flight to Dubai for its first major international public appearance.

“Our flight test programme for the 777x is moving forward very well – we are working regularly with the FAA (Federal Aviation Administration) to meet their expectations and requirements,” –Randy Heisey, Managing Director, Commercial Marketing – Middle East & Africa at Boeing via Gulf News

Thus, 2022 won’t be “the year of the 777X” in terms of production, but it will undoubtedly be critical for the jet as it works towards certification. Assuming that progress is smooth and consistent over the next few months, 2022 could see Boeing pick up additional orders for the 777X as airlines gain confidence in the jet’s timeline.

Additionally, with growing market interest in the Airbus A350 Freighter, Boeing could be pushed to officially launch the 777X freighter after months of hinting at offering the cargo variant. This appears to be something that carriers like Lufthansa and Qatar Airways would be keen to pounce on as soon as possible.

Ending one program, starting another?

One program that won’t be making a comeback in 2022 is the Boeing 747. With the planemaker no longer taking orders for the jumbo jet, it is expected that the last ‘Queen of the Skies’ will roll off the assembly line in October of next year.

While this will be sad for many avgeeks and aviation enthusiasts, the end of 747 production should allow Boeing to redirect resources to its other programs- maybe even the company’s next clean-sheet design…

During Boeing’s Q3 earnings call, CEO Dave Calhoun said that the company was “beginning to lay the foundation for our next commercial airplane development program.” Whether it’s the NMA/797 or something entirely different, Calhoun’s statement is extremely vague and leaves plenty of room for speculation. It’s clear, however, that Boeing needs to offer something new and exciting to counter Airbus and the growing popularity for its A321neo line, which includes the LR and XLR variants.

Why 2023 should be even better

Reflecting on the steps ahead for the company, the next 12 months don’t appear to be a big year for Boeing in terms of production. In a sense, it will be a year of gentle recovery and progress rather than a triumphant comeback.

If the world manages to find a surefire way to deal with the chaos of COVID-19 and its many variants, then Boeing could see a 2022 comeback in terms of aircraft orders. For this to materialize, airlines must regain optimism about the future of air travel- enough to grow their fleets and invest in additional jets. However, much of this lies outside of Boeing’s control.

As a result, it looks like the year after could be more significant for the company. As previously noted, deliveries for two Boeing aircraft are expected in 2023. In its 10-K filing, Boeing stated that it anticipates the first deliveries of the 737 MAX 10 and 777X to occur in 2023, saying:

“This schedule reflects a number of factors, including an updated assessment of global certification requirements informed by continued discussions with regulators and resulting in a management decision to make modifications to the aircraft’s design.”

As already noted above, the biggest ‘unknown’ concerns Boeing’s “next commercial airplane development program.” Hopefully, 2022 will be the year we finally get some solid details on a 797- but this is far from guaranteed. 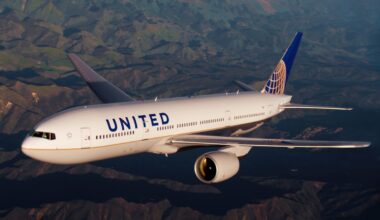 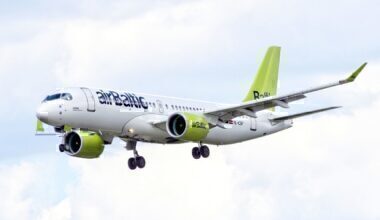