With airlines and the wider aviation industry announcing their commitment to reach ambitious sustainability goals over the next few decades, hydrogen will feature prominently. The element can allow for clean aviation fuel and contains nearly three times as much energy as standard fossil fuels. While the cultivation of hydrogen in air travel is still in its infancy, there have been questions about the timeline of its application. However, there have been significant recent breakthroughs achieved by HyPoint, a specialist in the field.

Earlier this month, the firm unveiled the first operable prototype of its turbo air-cooled hydrogen fuel cell system. This has been worked on by a global engineering team and has even achieved a 2020 NASA iTech Cycle II award. It delivers a combination of specific power and energy density and has passed crucial verification testing to prove its technical viability.

Full-scale versions are expected to begin being delivered next year. Notably, they are being billed to drive the commercial development of zero-emission aircraft. Candidates to deploy the tech include e-aircraft, eVTOL, and urban air mobility vehicles.

Furthermore, it will also provide up to 1,500 watt-hours per kilogram of energy density, allowing for longer-distance trips. Overall, by tackling these hurdles, years could be cut off the commercial delivery timeline for hydrogen aircraft.

Traditional LTPEM fuel cells require heavy cooling systems. However, the utilization of HTPEM ones allows the development of a lightweight, efficient cooling system. Moreover, HyPoint uses air-cooling rather than liquid-cooling, which reduces the weight of the fuel cells and subsystems. Thereafter, supplying compressed air raises the power produced by the fuel cell system, and the increase in power considerably overrides the cost of compressing the air.

The state of the industry

When it comes to commercial passenger jets, Boeing remains pragmatic when it comes to the near use of hydrogen. Earlier this year, the manufacturer shared that it believes its next aircraft won’t be powered by this fuel. However, Airbus recently shared that it has ambitions to develop the first zero-emission commercial aircraft in the world by 2035, and hydrogen propulsion will be integral to this motive.

The European outfit revealed three ZEROe concepts based on hybrid-hydrogen systems. Last month, it even announced that it wants to turn Paris airports into ‘hydrogen hubs’.

Alex Ivanenko, the CEO and co-founder of HyPoint, explained to Simple Flying that he believes that with recent breakthroughs, hydrogen processes in the commercial field aren’t so far away. He feels that companies just need to keep working together to achieve the common goal.

“It’s just a question of the desire of aircraft manufacturers. We adjusted our prototype, and now we have proof that that is possible.” Ivanenko told Simple Flying.

“I am really happy that Airbus announced its plans to build that hydrogen aircraft. This is a really huge announcement, and amazing for companies involved in hydrogen renewable technologies.”

British/American aircraft developer ZeroAvia is equally as excited. Val Miftakhov, founder and CEO of the company said in a statement that these progressions prove that hydrogen-electric aircraft are not only possible but inevitable.

The firm is now intent on launching a 100-seat zero-emission aircraft in the air before the end of this decade. The executive concluded that hydrogen fuel cells are the technological force supporting e-aircraft. So, ZeroAvia is working closely with HyPoint to test its systems for potential integration in its future models.

What are your thoughts about the future of hydrogen aircraft? What do you make of the progress made over the last year? Let us know what you think in the comment section. 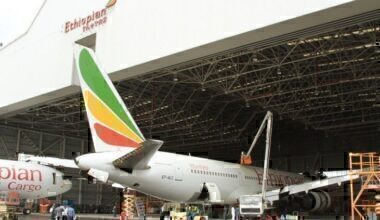 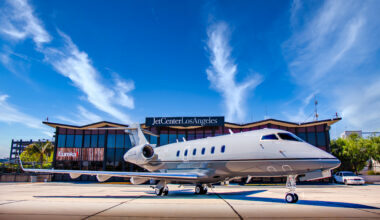 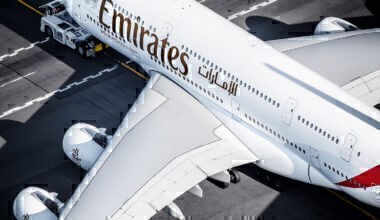