Despite the global COVID-19 pandemic, low-cost-carrier Wizz Air Abu Dhabi will begin operations in mid-January with an inaugural flight from Abu Dhabi to the Greek capital Athens. Initially planning to launch the new airline last summer, plans were put on hold due to the ongoing coronavirus pandemic and the devasting effect it has had on air travel. Formed as a joint venture between Hungarian budget airline Wizz Air and Abu Dhabi and state holding company ADQ, Wizz Air hopes to recreate its successful European business model in the Middle East.

“From 15 January 2021, a new model of air travel comes to Abu Dhabi, offering new choices and new competition, demonstrating that things are looking up for next year,” Kees Van Schaick, managing director of Wizz Air Abu Dhabi, said, as reported by The National.

The move to launch the airline now comes after Abu Dhabi relaxed its travel restrictions on international visitors arriving from 16 “green countries” on December 24. Passengers arriving in the Emirate will not be required to quarantine but must take a PCR test when they land in Abu Dhabi and self-isolate until they receive a negative result. Follow-up PCR tests are then required on the sixth and 12th day after having entered the country.

“Our network from Abu Dhabi will expand rapidly as destinations on our planned network are added to the ‘green countries’ list,” said Mr. Van Schaick. “We are fully prepared. We have the aircraft, we have the crew, we have the partners, and we are ready to fly.”

The budget carriers initial list of destinations from its base in Abu Dhabi, not including the two in Greece, are:

Flights to the above-mentioned destinations will begin once the countries that they are in have been added to Abu Dhabi’s list of “green countries.” The airline said that further destinations would be added as it increases the size of its fleet.

Wizz Air Abu Dhabi will begin operations with two Airbus A321neo narrow-body jets that it took delivery from Airbus in September. The airline says that it will increase its fleet’s size with more of the same aircraft in the first six months of operations as it looks to expand its network between cities in Europe and beyond.

While the airline’s launch comes amid turbulent times for the aviation industry, Wizz Air Abu Dhabi is betting on a quicker than expected recovery now that COVID-19 vaccines are arriving and thinks that its low-cost model will prove successful in the region.

Do you think Wizz Air Abu Dhabi launching now is a good idea, or should they have waited until a little longer? Please tell us what you think in the comments. 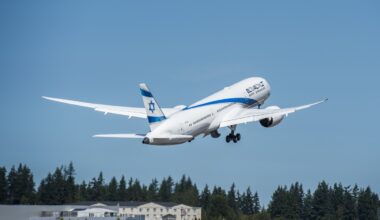 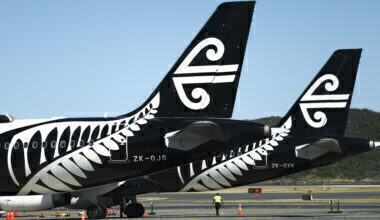