Wizz Air Is Losing Faith In A Summer Recovery

Despite a substantial route expansion planned, Wizz Air is not holding its breath for a summer of European air travel recovery fueled by pent-up demand. In an interview Thursday, the airline’s CEO said it needs to ‘reconcile numbers with reality’, expressing doubt that Wizz would be implementing all of its planned capacity increase.

Depending on government restrictions

Wizz Air is skeptical about the prospects of summer 2021. The industrious Hungarian low-cost carrier’s CEO József Váradi says he is no longer optimistic about a European rebound for air travel over the next few months. Despite countries like Greece foregoing quarantine for select travelers, travel restrictions still abound across the continent, and vaccine rollouts keep hitting bumps in the road.

In an interview Thursday, Mr Váradi said that the previously planned capacity increase to between 70% and 80% of pre-pandemic levels for the holiday season might no longer be justified. Whether or not those numbers will be feasible is not up to the airline, he said, but to the whims of government regulations.

“We need to reconcile these numbers with reality. It might be possible to operate within these ranges, but we can’t guarantee it. It’s not a matter of capacity planning but governments imposing restrictions,” the CEO said, Bloomberg reports.

No telling when pent-up demand will pay off

Many European airlines are betting on pent-up demand driving ticket sales for the usually lucrative summer holiday season. Mr Váradi’s assessment is that while there is indeed a repressed desire for travel, due to restrictions, there is no telling when this will transition to load factors.

“Whether this will happen over the summer or the winter or next spring, we don’t know,” the WIZZ boss said in Thursday’s interview, adding that European states had been much more restrictive when it comes to air travel than previously anticipated.

Meanwhile, prudent financial management has left Wizz in a better economic state than many of its European counterparts. The Budapest-based airline currently has €1.6 billion ($1.9 billion) in liquidity. This is enough to last it for the coming three years at current cash-burn levels, its CEO said, adding that there were no plans to raise more funds.

Nor does Wizz have any intention of halting or deferring aircraft deliveries. The airline is set to take another 27 new jets from the Airbus A320 family over the coming 12 months.

Not one for letting a pandemic get in the way of expansion, however, Wizz Air is launching over 140 new routes this summer. The latest two additions were announced on Friday and will depart from one of Wizz Air UK’s bases at London Luton.

Despite its Chief Executive’s loss of faith in a certain recovery, the airline will begin flying to Antalya in Turkey and Rzeszow in Poland from June 22nd and September 22nd, respectively.

Flights to Antalya will depart on Tuesdays and Saturdays and are being marketed starting at £36.99 ($50.97). The service to Rzeszow will depart thrice-weekly, on Mondays, Wednesdays, and Fridays. Tickets start at £17.99 ($24.79).

Do you agree with Wizz Air’s CEO? Is summer too soon to hope for a European air travel recovery? Let us know what you think in the comments. 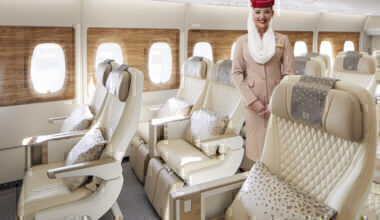 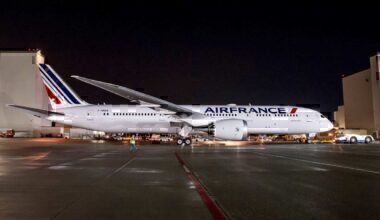