The World’s Airbus A380s Are Stored At Just 24 Airports

Today, Qantas is flying its first Airbus A380 to the Mojave Desert for long term storage. Meanwhile, most Airbus A380s across the world are grounded, but where are they currently located? The entire fleet is spread across just 24 airports, with an average of just under ten aircraft based at each facility.

The A380 has become a rare sight in the skies following the worst crisis ever to hit the aviation industry. The aircraft’s economics have made it far from favorable, given the low passenger numbers currently experienced. With the A380 taking up so much space, and space being at a premium, where is the world’s fleet currently parked? We dug through data from FlightRadar24.com to find out.

Unsurprisingly, the majority of the world’s Airbus A380s are currently parked in the United Arab Emirates. Including the aircraft recently retired by Air France due to the current crisis, there are 237 Airbus A380s that have been delivered and not yet retired.

Around half of these aircraft belong to Dubai based Emirates. The largest A380s operator’s fleet is spread between two locations. 41 are stored at Dubai’s main international airport. The remaining 71 are being stored at Dubai World Central, a mega-hub being built halfway between Dubai and Abu Dhabi. Unsurprisingly Etihad’s ten Airbus A380s are currently being stored at Abu Dhabi. They are joined by a single Qantas Airbus A380.

There has been some debate over Alice Springs, an aircraft graveyard located in the Australian desert. Many would like Qantas to store its A380s there, keeping them in Australia. However, so far, Alice Springs has received just six A380s from Singapore Airlines. Qantas is storing its aircraft in a different desert. The first A380 to be stored is currently en-route to Mojave Air and Space Port for long term storage.

Many Airbus A380s are being stored at their home airports. For example, Seoul is currently housing 14 A380s from both Asiana Airlines and Korean Air, while Frankfurt has Lufthansa’s seven remaining aircraft. British Airways isn’t keeping its A380s at Heathrow, where space comes at a premium. Instead, the airline’s fleet is currently resting its wings in Chateauroux, France.

Three aircraft are currently in Manila for heavy maintenance. One from British Airways, one from Korean Air, and one from Asiana Airlines. Meanwhile, the Qantas A380 in Abu Dhabi is likely also there for maintenance. The two Qantas aircraft in Dresden are currently being outfitted with new interiors.

Where did you last see an Airbus A380? Let us know your experience in the comments! 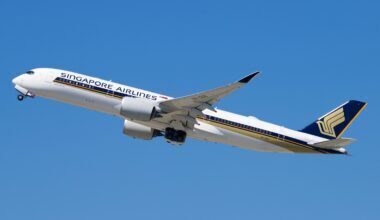 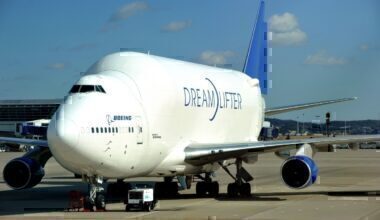 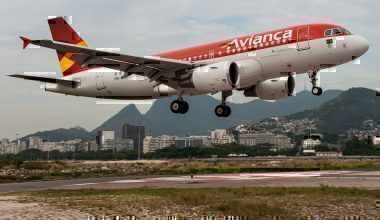 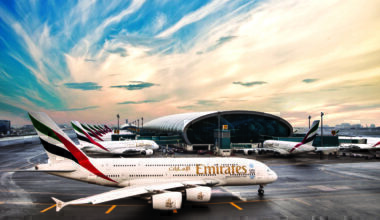 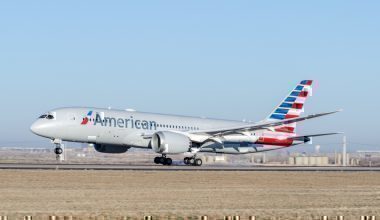