Something is alluring about widebodies on short-haul routes, many of which are simply tag-on services to long-haul services. There’s some controversy over the world’s shortest, which we explore.

At just 16 miles (26km), Air France’s Brazzaville to Kinshasa is the world’s shortest. That’s based on examining all available flights between November 26th and March 26th, the last day of the aviation winter season, using Cirium. But as we see below, it isn’t this straightforward.

Air France’s 16-mile hop isn’t bookable in its own right, with passengers only able to book to Paris or beyond. Indeed, most very short routes aren’t bookable because they don’t have fifth freedom traffic rights or so they can fill up on higher-yielding traffic or because they’re domestic services and are subject to cabotage.

The shortest bookable route appears to be Gulf Air’s Bahrain to Dammam. This only occasionally has widebodies scheduled, but they do appear in-between A320s and A321s. It’s a termination service: it ends in Dammam and returns to Gulf Air’s Bahrain hub. In contrast, most others in the list are triangular routes.

With a block time of 40 minutes, Brazzaville-Kinshasa isn’t the world’s shortest if time is considered. That goes to Fuerteventura-Lanzarote before it returns to Amsterdam, joining the same carrier between Curaçao and Bonaire in the Dutch Caribbean before it departs home.

British Airways’ Antigua to St Kitts is also blocked at half an hour, but it is 15 minutes longer the other way. It routes Gatwick-Antigua-St Kitts-Antigua-Gatwick. It arrives in Antigua at 14.15, departs an hour later to St Kitts, has 90 minutes on the ground, and leaves at 17:15 for the nearby island.

What is your shortest widebody flight? Let us know in the comments. 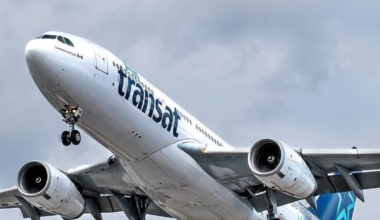 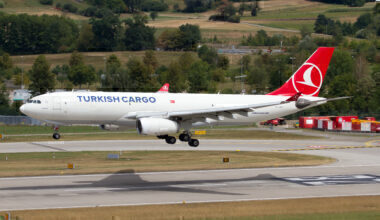 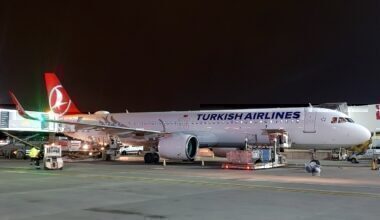 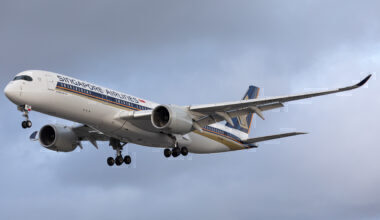