Would United Ever Go Back To JFK?

Newark Airport in New York has been the home for United for three years, since leaving their original hub of JFK in 2015.

However, United may be looking for a new home in New York as its been revealed that New Jersey port authority is considering leveraging some new taxes, that specifically impact United and only United at their Newark Hub.

It also coincides with the reveal that they regret moving away from their old hub of JFK.

“I wish I could roll back the clock and change the decision, It was the wrong decision.” – Scott Kirby, CEO of United.

This might leave them looking for new real estate. There are two choices on the table, La Guardia or JFK international airport. La Guardia (LGA), the smallest of the three airports, has only two runways and would not be suitable for the amount of traffic that United would like to bring, and is earmarked to only allow domestic flights and to Canada across the USA.

This leaves the much larger JFK airport.

JFK is by far the largest airport in the New York Area, with 6 active terminals, four runways and the ability to have international flights as well as domestic.

The airport is located in a different region that Newark and thus has different taxation policies. The tax policies that are being implemented that affect United would never be considered at JFK, as there are many airlines the same size that would be taxed as well.

Plus, it is American’s New York hub. If United made a substantial offering to the airport, they might consider reducing American’s capacity and get revenge for kicking them out originally.

“You can probably personally blame me, at least to some degree, for the fact that United pulled out, When I was at American Airlines, we were consciously trying to push United out of JFK. That was our goal” – Scott Kirby, whom at the time was the CEO of American.

The airport itself is considering expanding to six runways, which would suit the addition of another domestic carrier basing their hub there (Currently American Airlines and Delta both consider JFK to be a hub airport).

United could then run transcontinental routes to Los Angeles and San Francisco that are popular with corporate travellers. This will mesh well with incoming passengers from more obscure international destinations, many of which that United does not serve.

JFK also has a variety of old terminals and spaces that they used to exist, that could be expanded or rebuilt into. Effectively at the moment some of this area is just a ‘plane’ park, for rivals to park jets, but with the right investment, we could see United move into those locations.

This would be devastating for competitors, since leaving JFK United has worked hard to regain market share.

United is the largest carrier across New York’s three airports – JFK, LaGuardia and Newark – with a 23% share of seats during the year ending in May, FlightGlobal schedules data shows. Delta had a 22.4% share, American a 13.2% share and hometown JetBlue a 12.7% share.

If they decide to reclaim the New York throne of Airports, United will once again be a powerhouse in the US aviation landscape. 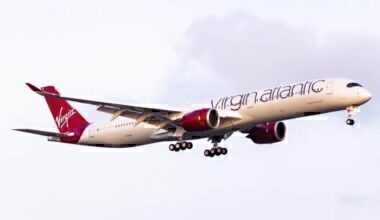 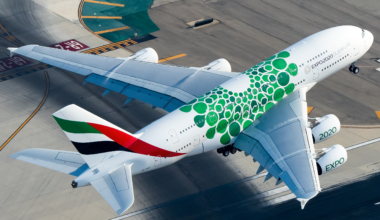 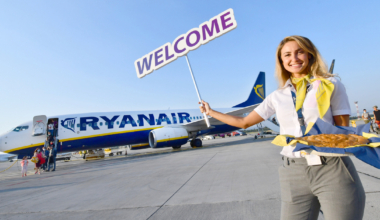