The last of El Al’s Boeing 747s exited the airline’s fleet back in 2019. No doubt a sad move for the carrier, the departure of these jumbo jets from passenger service is an ongoing trend that has continued through to this day. Aviation enthusiasts, however, will be able to grab a piece of one particular El Al 747-400, with the skin of the nearly 27-year-old jet now cut up into pieces and repurposed as key and luggage tags.

“Repurposing” of old aircraft fuselage skin into tags is nothing new, with the firm Aviationtag having done so for about six years now. With this in mind, let’s first focus on the aircraft being featured as part of Aviationtag’s latest offering.

Delivered to Israeli carrier El Al in 1994, the Boeing 747-400 registered as 4X-ELA (MSN 26055) was retired in 2019. Given the name “Tel Aviv-Jaffa,” the plane would fly to popular destinations including London, Paris, New York, and Bangkok over its 26 years of service.

Indeed, 4X-ELA was one of the first 747-400s to be delivered to the carrier. Data from Planespotters.net indicates that seven more of these jets would join the fleet (one being a 747-400F freighter).

During its time as a passenger aircraft, 4X-ELA had the following four-class configuration:

From the outside of the cabin to the inside

Now that El Al has retired its 747-400s, it has decided to cooperate exclusively with Aviationtag on a limited edition collector’s item: A key and luggage tag. According to the product’s packaging, it looks like only 15,000 of these “original aircraft skin” tags will be produced.

Once forming the outer ‘skin’ of the jumbo jet, this layer of metal will be cut up, smoothened, and engraved. Instead of functioning as a protective layer of an operational aircraft, the metal will soon adorn the luggage and bags of aviation enthusiasts worldwide.

Indeed, this type of offering is nothing new for Aviationtag and is actually the firm’s main product. The company has made tags out of the metal fuselage skin of aircraft such as the Douglas DC-3, Qatar Airways A340, United Airlines Douglas DC-10, and many, many more.

Recent coverage by Simple Flying discussed how the company was also selling tags from the tenth Airbus A380 to be built, registered 9V-SKE. The tags from this series will be even rarer than El Al’s 747, with only 8,000 being produced from the A380.

As always, it’s nice to see aircraft or aircraft parts get a new life after their commercial service lives have ended. While it’s nowhere near as grand as a hotel or underwater reef, these luggage tags will be a great collector’s item for avgeeks everywhere.

Did you ever fly on an El Al Boeing 747-400? Share your memories and experiences by leaving a comment! 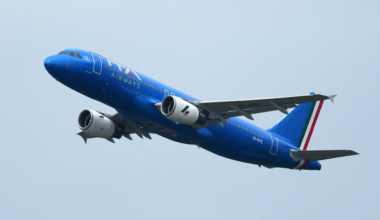 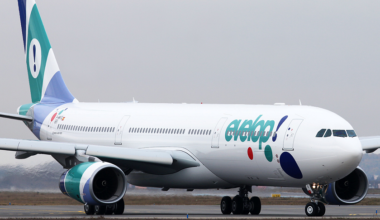